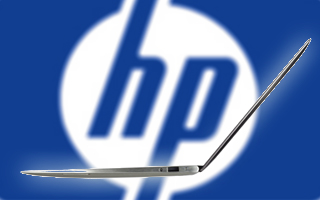 HP will soon be manufacturing Ultrabooks, the super-light, super-slim computers that will compete with Apple’s MacBook Air.

In the wake of the joyous news that HP is not killing off its PC division, Todd Bradley, executive vice president of HP’s Personal Systems Group said in a conference call today, “We’re very focused on having a suite in that ultramobile space, and you’ll see that very soon.”

The Ultrabook space is heating up; HP is actually one of the last major manufacturers to hop on this bandwagon.

After Acer’s founder called the skinny notebooks a “fad”, Acer itself unveiled the Aspire S3 Ultrabook, which started selling this month. The device has a 13.3-inch screen and weighs in at under 3 pounds.

Toshiba also has skin in the game. The company debuted its Portege Z830 series laptops last month. These notebooks have a 13.3-inch screen, are 0.63 inches thick and weigh less than 2.5 pounds.

And earlier this month, Asus announced its new Zenbook line in 11-inch and 13-inch models weighing 2.4 pounds and 2.9 pounds, respectively.

All launched Ultrabooks predictably undercut the MacBook Air on price, and most have at least some superior features, such as the Zenbook’s USB 3.0 ports, which are much faster than the USB 2.0 ports found on Apple’s Air.

Intel has stated that it’s funneling $300 million into developing an Ultrabook, as well.

There has been some concern that HP would stop making PCs or sell off its PC division. However, the company stated yesterday that PCs would be staying.

“HP objectively evaluated the strategic, financial and operational impact of spinning off PSG. It’s clear after our analysis that keeping [personal computing group] within HP is right for customers and partners, right for shareholders and right for employees,” said chief executive Meg Whitman in a statement.