This week saw everything from a $35 Android tablet to the launch of Nokia’s long-awaited Windows phone … and more developments around the growing Occupy movement. Here are the highlights from VentureBeat. 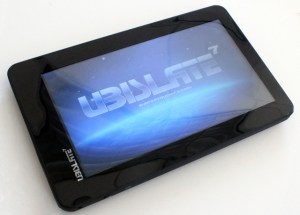 Hands On: India’s $35 Aakash Android tablet lands in America (exclusive)
With a subsidized price of just $35, the Aakash tablet is meant to help tens of millions of Indian children get on the internet. Chikodi Chima took a first look at the tablet, including hands-on video.

Why World of Warcraft added Pokemon-like battling to Mists of Pandaria
Companion animals have been part of WoW for a long time. Now you can pit your pets against others, as Tom Cheredar reports.

Anonymous releases private police information in name of Occupy Wall Street
A group of hackers operating under the banner of “Anonymous” hacked into several databases of police information and released them to the public. Meghan Kelly reports.

Microsoft’s vision of the mobile future is astounding (video)
This week, Microsoft released a mind-blowing video showing its vision for what the interfaces of the future might look like. If imagination were all it took, Microsoft would be winning this week. Story by Sean Ludwig.

The “world’s most wanted hacker,” Kevin Mitnick, has gone straight (interview)
VentureBeat’s Dean Takahashi sat down with one of the world’s most famous hackers to talk about what he’s doing now that his gag order has been lifted.

In a commitment to honesty, Twitter tries to bury the hatchet with third-party developers
Jolie O’Dell covers the long, twisted history of Twitter’s relationship with its developers. After squashing some (and pissing off many), the company is trying to patch things up now. 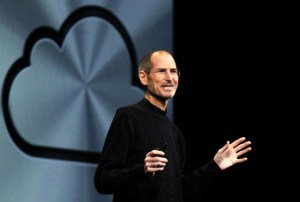 Why iCloud is a bigger deal than you think for Steve Jobs’ legacy
One of the Apple CEO’s most significant achievements didn’t actually launch until after his death, Sean Ludwig argues.

Allegations of past and present Internet crime haunt Airbnb co-founder
A former roommate accuses Nathan Blecharczyk of running a large-scale spam operation during his college days, and of breaking California financial regulations today. Chikodi Chima reports on the allegations.

Hands on with Nokia’s Lumia 800 and 710 Windows Phones
After a long wait, Nokia has given the world a glimpse at its first handsets designed to run the Windows Phone OS. Sean Ludwig got his hands on both and brought back some beautiful photos of them.

“The ugly cousin” no more: inside Android’s beautiful new design
Android users enjoy their phones’ flexibility and power but have to endure the taunts of Apple fans who are smugly convinced of their iPhones’ aesthetic superiority. Now, Jolie O’Dell reports, Google is trying to turn things around with a gorgeous new design for Android “Ice Cream Sandwich.”

Meg Whitman joins Zaarly’s board, company gets $14M from Kleiner Perkins
New HP CEO Meg Whitman has her hands full, trying to right the listing supertanker she now helms. But she’s not too busy to take on a board position with a hot young startup — and Zaarly’s CEO is just tickled about it. Meghan Kelly reports.