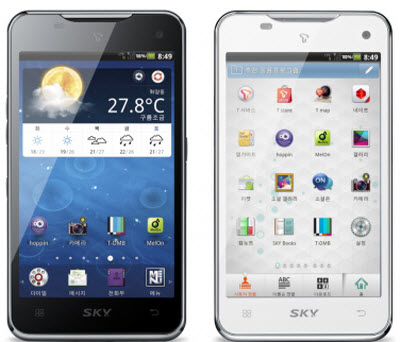 The maker of Android and messaging phones plans to use Kinect-like gesture technology from Israel’s eyeSight Mobile Technologies. Pantech plans to include the technology in its Vega LTE series of phones due to hit the market in November.

The folks at eyeSight say that touch input is impractical at times, like when driving or wearing gloves. The gestures can answer calls or play music. Of course, voice activation can handle the same kinds of tasks that gesture controls can handle.

Microsoft developed its Kinect motion-sensing system for the Xbox 360 using in-house development and technology from PrimeSense and 3DV Systems. It also acquired Canesta and licensed patents from GestureTek.

The video is nice in that it demonstrates why you might want to answer a phone with a non-touch gesture, by swiping the air over the phone, if your hands are messy. But the odds of that happening are so low that it makes no sense to add extra cost to a phone just to cover that kind of possibility. File this one under technology for technology’s sake.