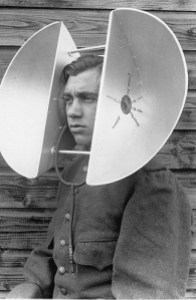 London’s Metropolitan Police Force has bought a digital surveillance system used by the U.S. Secret Service and other governments to spy on its citizens’ cell phone activity, the Guardian is reporting.

The system is known as “ICT hardware,” and it comes from a Leeds-based company called Datong. In essence, the device masquerades as a mobile phone network, intercepting communications from individual’s cellular phones gather data and allowing police authorities to remotely shut off phones in a targeted area, the Guardian writes.

The device is a the size of a suitcase, and emits a signal which can blanket an area of roughly 10 square kilometers, causing cellular phones to automatically broadcast the owner’s international mobile subscriber identity (IMSI) and international mobile equipment identity (IMEI), as well as the owner’s whereabouts, reports CNET. The device then picks up this data, giving the authorities information on cellphone users’ whereabouts.

“It raises a number of serious civil liberties concerns and clarification is urgently needed on when and where this technology has been deployed, and what data has been gathered,” said Nick Pickles, director of privacy and civil liberties campaign group Big Brother Watch, in The Guardian.

Others wondered whether such invasive technology made it possible to individually identify suspected criminals based on their mobile phone behavior, when hundreds of transmissions are being intercepted simultaneously.

Datong is selling the snooping device to governments in more than 40 countries in the Middle East, South America, Eastern Europe, Asia Pacific, and the U.S. Secret Service, according to the Guardian.

Attached image is not the device being used by Scotland Yard.