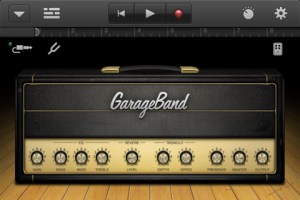 Apple’s popular music app GarageBand is making the leap to the iPhone and iPod Touch today with an update, version 1.1. Pre-loaded on all Apple computers as part of iLife, GarageBand features a wide variety of professional-quality instruments, which users can play on a timeline to make songs of their own. GarageBand also lets you record vocal tracks, so the app constitutes a self-contained recording studio.

“GarageBand on iPad has been a big hit and we think customers will love using it on their iPhone or iPod touch,” said Philip Schiller, Apple’s senior vice president of worldwide product marketing, in a press release. “The innovative Multi-Touch interface combined with Smart Instruments makes it easy to create great sounding music, even if you’ve never studied music or played an instrument before.”

While Pro Tools is the industry standard for  professional musicians and studio recording sessions, GarageBand provides a strong alternative for aspiring musicians, laptop DJs and prosumer musicians. On the iPhone and iPod Touch, the GarageBand app is available from the iTunes App Store for $4.99. GarageBand was made available on the iPad in March.