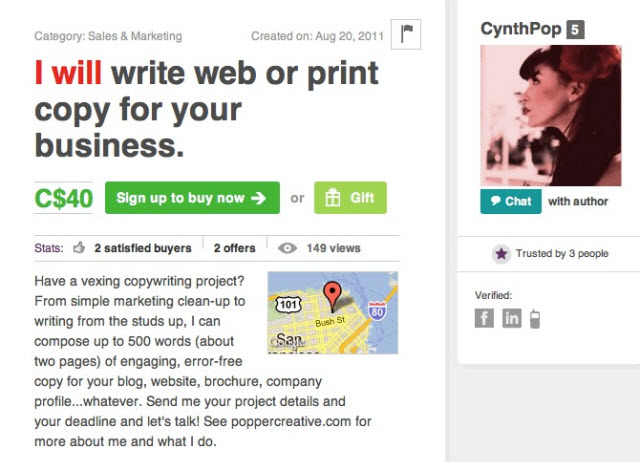 From the maker of Second Life, here comes an interesting new startup. Coffee & Power says it is creating an online marketplace where people can buy and sell small jobs.

The San Francisco-based startup is the brainchild of Philip Rosedale, founder of Linden Lab and its virtual world Second Life. The marketplace can connect workers in a way that Rosedale says is fast, low-friction, and fun. The market has its own virtual currency and payment system, live communications and public chat, a game-like rating and review system, and a real-world facility where users can meet and work together.

“What can you do for someone else, right now? There are so many amazing and useful things that we could all do for each other if we just had a way to quickly find, explain, and pay for them.” said Coffee & Power cofounder Rosedale in a statement. “The remarkable range of jobs and services in Second Life was the inspiration to create Coffee & Power — we wanted to bring the same thing to the real world.” 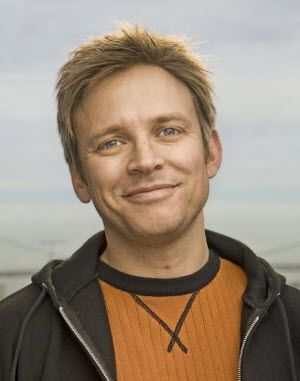 The new company is today launching its web site, iPhone app, and its co-working space on Market Street in San Francisco.

Part of the idea is to bring the benefits of the virtual economy and virtual community to the real world.

Rosedale (pictured at right) said, “Work is really about directly providing value to others, not where or when you do it. Coffee & Power provides a shared space, both virtual and physical, where people can meet and do small, interesting jobs for each other.”

Coffee & Power’s listings, called “missions,” range from software development services to hula-hoop lessons and custom artwork. It reminds me of Amazon.com’s Mechanical Turk service, which lets people farm out jobs. Other rivals are Zaarly and TaskRabbit.

All of these services recognize that the workforce is changing. The company says that the number of telecommuting professionals is rising 16 percent a year and 25 million Americans now work remotely at least one day a week. Full-time mobile workers are now 14 percent of the U.S. workforce.

Coffee & Power has built most of its own tools from the ground up. Its marketplace uses modern social media, matching buyers and sellers through live communication, rich profiles and reputations, connections to social networks, and searchable transaction histories.

People can also use the virtual currency to spend the money they earn by purchasing services from others. The virtual currency thus drives trade even further. To try out the service, users can give free missions, or gifts, to friends from their social networks. Those gifts range from an expert review of a resume to a Tarot card reading.

Coffee & Power operates like a farmer’s market. It aggregates interesting sellers of a variety of small services in one place, allowing buyers an easy place to browse for services. It has a live chat space for buyers and sellers so they can share feedback and develop trust. Buyers and sellers use the same persistent identity with transparent transaction histories. That helps people vet each other. The site operates on virtual currency and has a cafe-style public co-working space at 1825 Market St. in San Francisco, with free coffee, power and Wi-Fi networking. As it expands, the company will acquire more places to work.

User ‘CynthPop’, pictured at top, sells copywriting services on the site. She said, “Coffee & Power is the perfect mix of personal and professional — far better than just posting an ad or a resume because people get a snapshot of who I am and what I do without having to dredge through a lot of information.”

Besides Rosedale, co-founders include Ryan Downe (formerly of Linden Lab) and Fred Heiberger (formerly of Accenture, CIBT and Siren Systems). The company has four other team members and a group of 50 engineers who have built the platform via Coffee & Power’s micro-contracting development platform. The company was started earlier this year, and it raised $1 million from investors including Mitch Kapor, Jeff Bezos, Reid Hoffman, Kevin Rose, and others.

Downe (who formed the progressive rock band Moth Vellum and was former product marketing head at Linden Lab) and Rosedale got the idea after they worked for over a year, by choice, out of coffee shops and bars. They wanted to constantly change locations but still get some serious work done. Downe observed that all you really needed was “Coffee & Power,” or a cup of coffee and electrical outlets, to do work. They created an iPhone app that let them save pictures and locations of good cafes to a database. As they progressed, they looked for more ways to innovate with decentralized workforces.