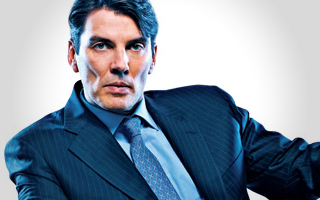 AOL is reporting a six-percent drop in overall revenue for the third quarter of 2011 due to poor performance of its dial-up internet business, according to the company’s Q3 earnings report.

After years of turmoil caused by failed mergers with Time Warner, AOL is attempting to reposition itself as a top destination for leading brands to advertise on. Over the last year, AOL has purchased two top-notch blog networks — Huffington Post and TechCrunch — to help accomplish this goal.

AOL’s overall revenue of $531.7 million beat analysts’ estimates of $524 million for the quarter. As for the company’s advertising revenue, it rose eight percent to $317.7 million thanks to its Ad.com ad network as well as its international display advertising.

“I’ve met with a number of CMOs at major companies and the sense is that buyers are going with a few bigger partners,” said AOL Chief Executive Tim Armstrong during the quarterly earnings call. He added that the trend is good for large ad entities like AOL, Google, Yahoo and Facebook.

“One of the largest buyers expects to spend his ad dollars on the top 20 properties, mimicking the cable advertising world,” Armstrong said.

As for the future, Analyst firm eMarketer expects AOL’s share of US search advertising revenues to dip to 1.7 percent in the following quarter — down from 2.4 percent in 2010 and 4.4 percent in 2007. Overall display ad spending in the US is also expected to grow drastically to $12.33 (24.5 percent) billion in 2011, up from $9.91 billion in 2010 — with Google taking the lion share of the new business, the firm estimates.