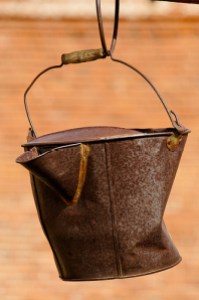 If you’d told me 5 months ago that I would spend a lot of 2011 studying accounting, talking to businesses and saying bad things about a company that everyone once loved, I never would have believed you.

It all started at Floyd’s Coffee in the Old Town section of Portland — which, ironically, was running the very first Google Offer. I had planned to spend the day there to understand what customers thought of Google Offers, how many people came in and how they interacted with the staff. At that point, I’d spent very little time looking at the space. That day, Groupon put out its first S-1. The company is now poised to go public tomorrow with an initial share price of $20.

The first analysis I read, by a supposed expert in the local space, raved about the company. He essentially pulled all of management’s talking points and put them in the story. I knew the company was nowhere near as good as the picture he painted, but I didn’t know how bad it would turn out to be.

Five months later, I’m more convinced than ever that this is a terrible company for investors, small businesses and ultimately for consumers. Unless the company substantially changes its business model, investing in Groupon will be like investing in a leaky bucket.

Among the significant challenges I see:

All of that said, I’ve put in my request with my broker for shares in the IPO because Groupon has scientifically engineered its IPO to inflate share prices. Its float is one of the tiniest in the last decade. Most likely this thing will have a nice pop tomorrow.

If Groupon’s stock skyrockets tomorrow, it doesn’t mean I’ve been wrong about the company. But in the unlikely event it tanks, it’s a big sign that I’m right. (I realize that this might sound like the kind of thing that Groupon’s accountants would say, but it’s true.) We’ll need to wait at least 9 months to really know.

Maybe Groupon will find a real business model in that time.

I’d like to thank a few people whose help has been invaluable in all of my Groupon coverage: Jonathan Gaw, Ed Ketz, Mark Rogowsky, Brian Roemmele, Conor Sen, Semil Shah and Rick Summer. They’ve read early drafts, provided valuable insight into areas that I’m not an expert in and helped to keep me in check.

On the media side, I’d like to thank Dylan Tweney, Heather Kelly and Mo Marshall at VentureBeat; Herb Greenberg and Juliet Mendez at CNBC; Emily Chang, Cory Johnson and Diane Anderson at Bloomberg West; and Erick Schonfeld at TechCrunch.

Here’s a video of Agrawal discussing the Groupon IPO on CNBC.