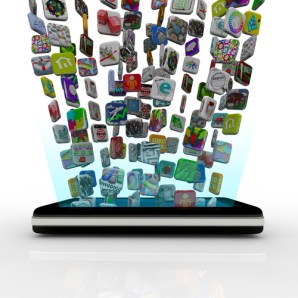 After leaving mobile app company Outfit7 unexpectedly back in July, Andrej Nabergoj was mum on why or where he was headed. Now he’s announced a new company, Iddiction, that’s just emerged from stealth mode with $3.5 million in seed funding under its belt.

Iddiction is designed to solve a problem Nabergoj says he experienced first hand while at Outfit7 — getting people to actually find the apps.

“When I was running Outfit7, I realized that despite our massive number of downloads, we were still having a hard time getting our apps to users,” he told VentureBeat in an email.

This is a problem for a lot of app developers. As Nabergoj explained, “the rich get richer and the small get smaller.” Those who are able to rise to the top and stay there get the majority of downloads simply because there are more eyes on the application. People don’t like to click to page two.

Climbing the ranks used to be based on how many downloads an app got, nowadays it relies more on performance and engagement with its users, but still developers are having a hard time topping the elite. That isn’t to say there haven’t been solutions created, however. Products such as discovery engines, external marketplaces, and more are available, but developers are still left unsatisfied. Nabergoj thinks Iddiction is the answer to the problem, but is remaining quiet on the product side.

“We are not sharing more at this time on how we are tackling this increasingly relevant problem, but we will have a public announcement soon,” he said.

Part of the reason he’s not saying a lot about the product yet may be that it’s still coming of age. Nabergoj says the funding will go toward further research and development. The seed round was led by Rick Thompson, the founder of Playdom, with participation from a slew of others, including Comcast Ventures, Highland Capital Partners, IDG Ventures, Felicis Ventures, which is an investor in VentureBeat, Bayview Capital and Francisco Larrain, director of engineering at Groupon.