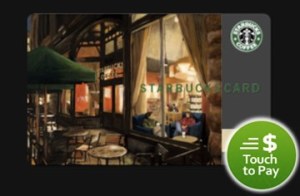 Starbucks Mobile Pay, the company’s pay-by-mobile application and in-store scanner system, was rolled out nationwide in January. The system, available at roughly 9,000 locations, lets iPhone, Android and BlackBerry users with the Starbucks or Starbucks Card Mobile applications pay with their phones by scanning 2D barcodes on the screen at store registers.

Nine weeks after it launched the apps, Starbucks had processed more than 3 million mobile payments.

There are now more than one million smartphones with at least one registered Starbucks Card, the company also disclosed during the earnings call.

Users can expect more enhancements to the application in the weeks and months ahead. “We are leaning way in to how we can continue to enhance the app,” Brotman said.

With the continued success of Starbucks Mobile Pay, the coffee retailer maintains its status as a leader in mobile payment space, while the more technology-heavy systems that Google, Square, Jumio and others are pushing are just getting off the ground.