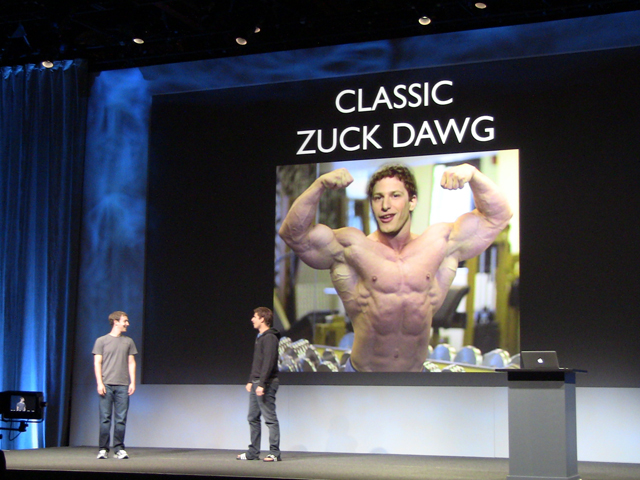 On Forbes’ list of the world’s most powerful people, Facebook CEO and founder Mark Zuckerberg falls somewhere between the pope and Warren Buffet.

Not bad for a hoodie-wearing college dropout.

Zuckerberg (pictured above onstage with pal Andy Sandberg) is listed as the world’s ninth most powerful person on the Forbes list; he is also number 14 on the Forbes 400 and number 52 on Forbes’ Billionaires list (number 22 in the list of U.S. billionaires).

So, why does Forbes place Zuckerberg, the social networking king, in such high regard?

In its write-up of the young CEO, Forbes says, “What the CIA failed to do in 60 years, Zuck has done in seven: knowing what 800 million people — more than 10 percent of the world’s population — think, read and listen to, plus who they know, what they like and where they live, travel, vote, shop, worship.”

And while his Forbes profile says the entrepreneur is single, don’t get your hopes up ladies (and/or gents): Zuckerberg’s engagement was announced over the summer in a slip of the tongue from Bill Gates.

We last caught up with Zuckerberg (from a distance only, unfortunately) at f8, his company’s developer conference.

“Millions of people have spent years curating the stories of their lives,” he said from the San Francisco stage to a crowd of thousands.

“The next year is going to be defined by the apps and the depth of engagement that is possible now that everyone has their networks in place and connections established,” he said.

The conference was also where Zuckerberg unveiled Timeline, the radical new redesign that is coming soon to all Facebook profiles.

Facebook has also recently been in the news for its ground-breaking work in open-sourcing its super-green data centers — a move that was prompted by Zuckerberg’s top-down philosophies on using and creating open-source projects.