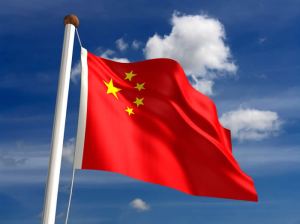 The Foreign Economic and Industrial Espionage Report, which was delivered to Congress yesterday by the Office of the National Counterintelligence Executive (NCIX), stated that China and Russia have been using cyber spying tactics to steal U.S. secrets, including our technology.

Implying that the U.S. had unfairly linked the Chinese government to these attacks, Hong said, “I hope the international community can abandon prejudice and work hard with China to maintain online security.”

NICX said these cyberspying hacks pose an economic as well as a security threat to the United States and linked a string of recent attacks to China, which it called a “persistent collector” of U.S. secrets.

“China’s intelligence services, as well as private companies and other entities, frequently seek to exploit Chinese citizens or persons with family ties to China who can use their insider access to corporate networks to steal trade secrets using removable media devices or email,” stated the NCIX report, which drew on government as well as private sector sources for data.

“Of the seven cases that were adjudicated under the Economic Espionage Act … in fiscal year 2010, six involved a link to China.”

The report went on to note that security specialists in the U.S. had detected and investigated “an onslaught of computer network intrusions originating from Internet Protocol (IP) addresses in China.”

In response to these intimations, Hong stated, “Online attacks are notable for spanning national borders and being anonymous. Identifying the attackers without carrying out a comprehensive investigation and making inferences about the attackers is both unprofessional and irresponsible.”

Some of the attacks specifically named in the report deal with the January 2010 news around hacked Google accounts. During this “highly sophisticated and targeted attack” on Google’s corporate infrastructure, the email accounts of many human rights activists using Gmail service were breached.

Russia, which was called out in the report for its “extensive, sophisticated operations” in cyber espionage against the U.S., has not yet made a formal response to the accusations.

The entire report is available online in PDF form.