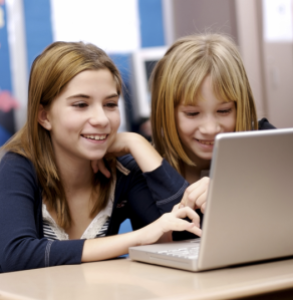 At the Park School just outside of Baltimore, Maryland, 8th grader Chance Williams was having a lot of trouble in Spanish.

At one point, Chance’s father, Jeff, found himself sitting in the principal’s office with the Spanish teacher when a wild idea struck him.

In a conversation with VentureBeat, Williams, who runs a web security company, told us that he expected a negative response to the idea, but the educators were actually open to it. The school didn’t offer a Java class, so the father and son organized an independent study course, complete with a syllabus and textbook.

“It turned out to be a really wonderful choice,” said Williams.

Chance dove into the project, going through the work at a much faster pace than was expected, and was very self-directed in his studies.

“He liked it, he really latched onto the puzzle,” said Williams. “In one semester, he worked through the book. Over the summer, he did some independent projects. He wanted to write apps for his Android phone.”

Already, 500 people have downloaded Chance’s first app, Droidbox — quite a vote of confidence for a kid who was just picking up programming. Williams hopes Chance will get his Java certification by the end of 9th grade.

“Tech has always been an option, but it’s not part of the mainstream curriculum,” Williams told us.

“It’s good for our country… We’ve staked a lot of our future on our ability to be innovators, so it’s a national priority. There are good effects in building tech literacy in kids today, because if you don’t start early, you end up falling behind.”

And falling behind we are.

In 2003, the Program for International Student Assessment, an international test, showed that 15-year-old students in the U.S. lagged behind students in other nations when it came to math and science. In 2006, the National Academies publicly raised concerns about a marked decline in U.S. students’ knowledge of science, technology, math and engineering. Currently, American students rank low for math and science skills, coming in 25th in math and 21st in science compared to students in 30 industrialized countries.

Williams said when he was his son’s age, he was put through several years of French instruction, which didn’t come naturally to him and required a lot of extra mental effort. “But the discipline of learning computer languages, learning to think that way, brings critical thinking skills you can only learn that way.”

While Williams noted that programming isn’t the right choice for every student, “For those who do fall in that bucket and have skill in this area, it just makes sense to develop them early on, to get them into programming.”

Williams also thinks that having programming as a more regular part of the curriculum early on could have beneficial effects on the gender balance in the tech industry.

“I dont know why more girls don’t get into technology. It could be cultural, it could be gender bias in how classes are offered. But it is really important to encourage girls to get into technology; plenty of them have skills in this area. It is unfortunate that we’re steering so few into the top of the funnel.”