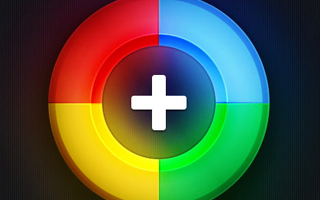 Google+ has finally introduced features for businesses and brands.

“After all, behind every page (or storefront, or four-door sedan) is a passionate group of individuals, and we think you should able to connect with them too,” writes Google SVP Vic Gundotra on the company blog.

For companies and brands, pages will integrate +1 recommendations and also allow brands to be added to Circles.

“[People] can actually spend time with your team, face-to-face-to-face,” Gundotra continues. “All you need to do is start sharing, and you’ll soon find the super fans and loyal customers that want to say hello.”

Google stated over the summer that business and brand profiles for Google+ would be available in the third quarter. We were also told by a Google spokesperson at that time that the new pages would include a hefty measure of analytics.

“You can expect to see a level of analytics and measurement that you’d typically find in Google products as well as a nuanced approach to how things are shared. It encourages and enhances conversation, it doesn’t just put things in the stream,” said the representative.

While analytics features weren’t specifically discussed in today’s announcement, a lot of the Google+ social interactions will be available directly from the Google web search results pages though a new set of features known as Direct Connect.

To use Direct Connect, a normal Joe or Jane would simply do a Google search for a brand or product name with a + in front of the keywords — for example, +Pepsi. Google will direct the person to the Google+ page and add that page to the user’s circles, if desired.

Here’s a couple of brief videos with more details about Google+ pages and Direct Connect:

As Joe Fernandez, CEO and founder of social influence monitoring firm Klout, told VentureBeat in a recent interview, “When measuring your effectiveness, consider more than how many people have you in their Circles. Instead, [look at] how many people react to your content and how much reach those people have.

“Influential people on the system get the most +1’s, shares and comments from other influencers.”

He pointed out, “Twitter is a public broadcast medium, and it is much harder to converse with a group of people simultaneously. Facebook is predominantly a private network for your close connections. Google+ fills both of these needs; it is the first major network we’ve seen that allows you to both broadcast to a large audience and have in-line conversations.”

Google+ has undergone a slew of recent updates and integrations. As Google exec Bradley Horowitz told VentureBeat in a recent interview, “Six months from now, it will become increasingly apparent what we’re doing with Google+. It will be revealed less in what we say and more in the product launches we reveal week by week.”

Horowitz was hinting that rather than seeing Google+ tools as a standalone social network, the company was positioning them as Google’s new approach to all of its web products — and also as a way to unify the many Google accounts and identities held by individual users.

First, the service tied in with Google Reader, then Google+ integrations were added to Blogger. Next, we saw Google+ tie-ins with YouTube and Chrome as well as Google Apps.

Google also spiced up the Google+ suite last week with some new tools for the visually oriented.

“We think of Google+ as a mode of usage of Google,” said Horowitz, “a way of lighting up your Google experience as opposed to a new product. It’s something that takes time to appreciate, even internally. It’s easy to think of Google+ as something other than just Google, and I think it’ll take more launches before the world catches up with this understanding.”