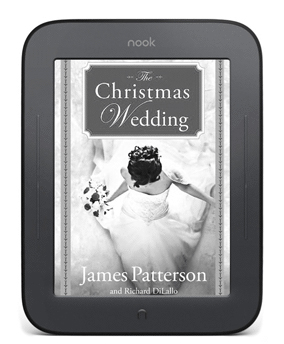 Alongside Barnes & Noble’s announcement today of its new $249 Nook Tablet, it has also revealed that it’s upgraded its Nook Simple Touch e-reader with faster rendering software and a new E-Ink screen while also dropping the price to an eye-catching $99. It has also lowered the price of its popular Nook Color to $199.

The $79 Kindle and $99 Kindle Touch were both noteworthy for finally bringing e-reader prices to impulse buy levels. Once a product drops under $100, it’s a lot easier to convince consumers to pick one up. Barnes & Noble’s cheapest e-reader is the Nook Simple Touch, and up until today it cost $139. Now the company will add in improved software and a better E-Ink screen that supposedly displays text 25 percent faster. The most important differentiator of Barnes & Noble’s e-readers, according to a B&N statement: “no annoying ads.”

Barnes & Noble also dropped the price of the Nook Color hybrid/e-reader tablet to $199 — and for good reason. With the Kindle Fire at $199 and the B&N Nook Tablet at $249, the $199 Nook Color can act as a competitor for those constrained by price. The Nook Color will also receive a critical software update next month that will add “more than 100 feature enhancements, access to top video and music services, popular apps, comics and more.”

Both Amazon and Barnes & Noble are locked into the strategy of selling subsidized hardware with the aim of selling lots of content to generate revenues, unlike Apple, which pushes media access to better sell hardware. While Amazon has a much bigger presence in e-books, we can’t help but love the competition between B&N and Amazon in this space. Because when they fight, we win.

Will you consider buying a Nook device this holiday season? Or are you all about the Kindle lineup?