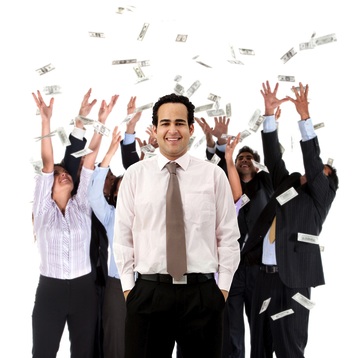 Last week, the U.S. House of Representatives passed a crowdfunding bill that will allow startups to offer and sell securities via crowdfunding sites and social networks. If passed by the Senate and signed off by the President, the bill will become a law, giving entrepreneurs new options for raising money for their companies.

Here’s a look at the current and proposed crowdfunding rules, and how this bill could shake things up for startups.

As the term suggests, crowdfunding is funding from a crowd of people; that is, many people provide small amounts of money to finance something. Crowdfunding has its roots in charitable causes, including the advent of microfinancing to provide financial services to poor people, but has progressed to the online funding of creative and other projects via sites like Kickstarter and Rockethub.

Can startups use crowdfunding now?

Under current laws, startups may not sell stock or other securities through crowdfunding sites or social networks, such as Twitter or Facebook. They may, however, accept donations.

This is because of applicable federal securities laws, which have been in place (in one form or another) since the 1930s. The laws include the following:

What will the new crowdfunding bill do?

Basically, if this new crowdfunding bill becomes a law, all of the foregoing prohibitions and requirements will be lifted, and a startup will be able to sell securities through crowdfunding sites like Kickstarter, or social networks like Twitter or Facebook, so long as the company (and its intermediary, if applicable) comply with the bill. According to the bill, the company will have to meet these key provisions:

Are there any downsides to crowdfunding for startups?

Yes, there are several key downsides that you need to be aware of before jumping into crowdfunding.

Second, having hundreds of stockholders is an administrative nightmare and will be time-consuming and costly. Presumably, each stockholder will be required to execute a subscription agreement and/or stockholders’ agreement to address key issues such as transfer restrictions, rights of first refusal and drag-along rights. There will also be administrative issues relating to voting and stock transfer issues.

Third, startups will likely have difficulty raising funds from VCs and other sophisticated investors if they have hundreds of unsophisticated stockholders. Needless to say, few sophisticated investors will want to sit on the board of directors of such a company due to the risks of lawsuits relating to director liability; and I would assume D&O liability insurance rates will sky-rocket for these companies.

Now we wait for the U.S. Senate, which hopefully will quickly pass a similar bill. The White House supports the House bill, so upon reconciliation, it will be signed into law. Then entrepreneurs will have a new option to consider when raising money for their startup.