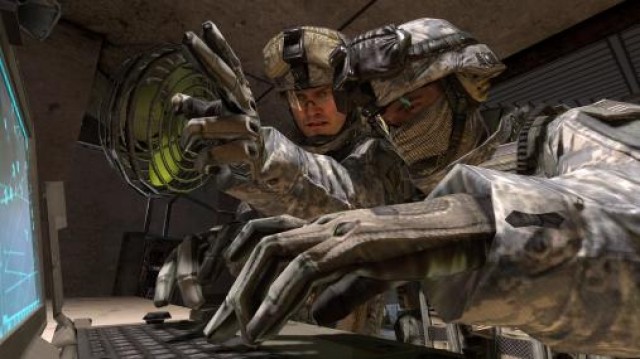 In the second of our trilogy of Modern Warfare 3 launch interviews, VentureBeat sat down with Mark Rubin, executive producer at Infinity Ward, to look back at the recent Call of Duty XP fan event, discuss the possibility of Modern Warfare Zombies, and more.  (See our first interview with Bret Robbins of Sledgehammer Games here).

Call of Duty Modern Warfare 3 just debuetd last night as the latest first-person-shooter blockbuster from Activision Blizzard. The game will go head-to-head against Battlefield 3, which saw a mammoth five million sales in its first week. Now it’s time to see if Rubin’s team and the other developers at Activision Blizzard can outdo Battlefield 3 and top $1 billion in sales once again.

MR: Ah… Maybe? That’s a hard one. The timing is basically… We do our multiplayer reveal, we have this big multiplayer reveal that we do for our games when we launch. We’ve been kicking around the idea of making it bigger, making it a bigger event, doing something cool like this. Something fun. It’s pure fan appreciation, it doesn’t get us anything from a… All the ticket sales go to charity, you know. It’s purely something cool for the fans. So the real purpose of it was a multiplayer reveal. And it’s become… XP is this giant cool… Get a bunch of fans together, play the game. Instead of just revealing the game to the public, the public are coming in and actually playing the game.

VB: And getting a free copy, which is always nice.

MR: Yeah, a free copy of the game.

VB: With the comparison to BlizzCon, it’s not just a thing for the fans, but also it’s a way for the developers to get that involvement. Instead of just reading forums or angry GameFAQs users or whatever, you get to see people enjoying the game, cheering at the keynote, etc.. But I have to ask, why did you let Robert Bowling take the stage instead of being out there yourself?

MR: [laughs] That’s what we hired him for.

VB: He gets to enjoy all the face-time with the fans though…

MR: Yeah, that’s all he does, he has to go up there and be the fodder for all the good and the hate. It’s one of those things for us… Like I said, this is the first time we’ve done it. There’s probably a lot more we can get out of this kind of event, and more stuff that we’re going to learn and do better next time. But yeah, he got to go out on stage. That’s his arena. He likes the attention of being on stage.

VB: Speaking of next time, can we expect it to be an annual thing?

MR: Ah… I don’t have an actual answer. I think so? I hope so. We’re always going to do a multiplayer reveal, so I think… There’s going to be more stuff to show. I think it will be something that we do more. I think it’s turned out to be a huge success, honestly. 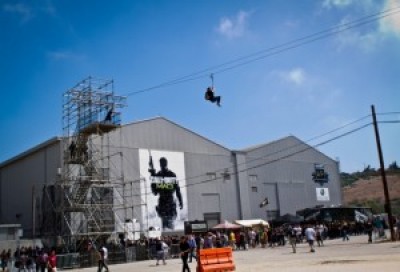 VB: Speaking of that, I’m sure you have plenty of analysis going on after the show’s done with, but what is some of the primary feedback you’ve already had?

MR: Sumo wrestling. Playing the game. People get to come play MW3 for the first time. There [were] some 500 or something stations out there? So I think…

VB: All sponsored by Microsoft…

MR: [laughs] Thanks. I think the thing is, we realized… We had no idea what people would think of the show. If people would want to do something like this. I think, from the reaction at the keynote and from the reaction of just the people on the floor, coming back for 12-hour days and playing. They’re standing in some pretty brutal lines. I think if we can alleviate that some and actually grow out the facility more, I think that’s where we’d have a big win.

VB: Right. So we’re going to move on to some Treyarch… Some Infinity Ward business now.

MR: Did you just say Treyarch?

VB: I know, I know. Are you mad already?