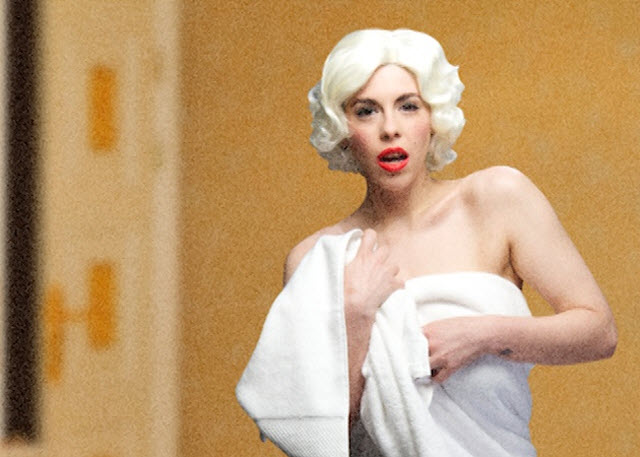 Elvis lives. So does Marilyn Monroe. And other dead celebrities may come back to life thanks to Retro World, a new game launching today on Facebook  from Entertainment Games. 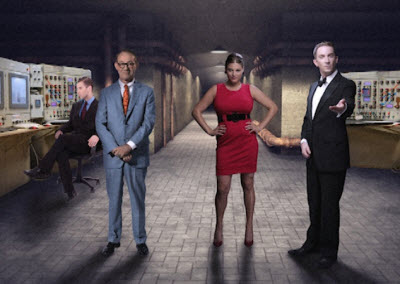 The title is hoping to cash in on the nostalgia factor that people over 40 have for the old Hollywood legends, including the likes of Elvis Presley, Marilyn Monroe, Jim Belushi, Dick Clark, and other stars.

The Langhorne, Pa.-based game company has built a unique engine to create photo or image-based games where you can explore a retro world by pointing and clicking on the people or objects in a two-dimensional scene.

One by one, Entertainment Games is cutting deals with famous Hollywood figures to license their images and names for use in upcoming games. So far, it has deals with Elvis Presley Enterprises, CMG Worldwide (which owns Jim Belushi’s images), and Dick Clark Productions.

In these games, the characters won’t play themselves. Rather, they’ll play roles of characters within the games. The company is targeting Facebook first because its demographics are a good fit for all things retro, said Gene Mauro (pictured), president of the company.

“We think it is a massive market that hasn’t been addressed,” Mauro said in an interview. “We think there are a lot of people who want more realistic imagery in a game and a deeper story.”

Many of the games will focus on the 1950s to the 1980s. Overall, the 40-plus demographic accounts for 60 percent of all internet users, according to Pew Research. It is one of the fastest-growing demographics on Facebook. PopCap games did a recent survey that showed that 50 percent of people 40 and over are now playing games. 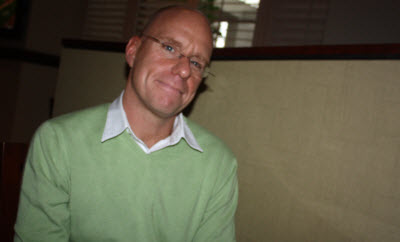 The title is expected to debut on platforms such as Goolge+ and tablets as well.

The company was founded in 1992 and trades on the pink sheets under the symbol EGAM. Jerry Klein is chief executive and has served in that role since 1998. F. J. Lennon, who has 25 years of experience in video games, is chief creative officer, and Jeff Kesselman is chief technology officer.

Back in June, it acquired Heyday Games to develop social games specific to the older crowd. Heyday figured out how to deliver archived linear content in a new interactive format, sort of like hidden object games on casual game sites, where you click all of over an image in hoping of finding treasures.  The platform takes licensed images from image catalogs such as Spiegel, Corbis and Getty to create a series of interactive scenes. The company has around 22 employees.

Heyday creates a game scene by building its own background and inserting images of people into it. You click on a picture and a piece of the story unfolds. You might, for instance, get a clue to visit a hotel room. When you get there, Marilyn Monroe might be there dressed in a towel. You can pan around the scene in Ken Burns-style documentary effects, where the camera creates a sense of motion by moving across a still photograph. The games have dialogue and mini games, which allow you to play with friends and unlock new experiences. 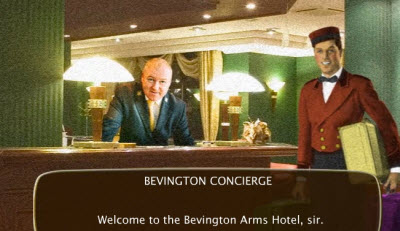 Games such as CityVille, FarmVille and The Sims Social — all major hits on Facebook, cater to an older, mostly female crowd on social networks. But those titles all use “cartoony” imagery, Mauro said.

The first title casts Marilyn Monroe as a spy in “Owl Files,” a 1960s story. Presley serves as a doctor in another title in the series. The stars can keep appearing as characters in multiple games over time.

The game is free-to-play, where users play for free but can purchase virtual goods with real money in small transactions. The company hopes to make money by selling custom avatars for players to explore the world.

Mauro believes the company can come up with new episodes in the series every 30 to 45 days. Over time, Mauro said the company plans to license even more images of iconic actors. Hollywood studios have responded aggressively.

“We’re bringing back to life all of these iconic characters,” Mauro said.