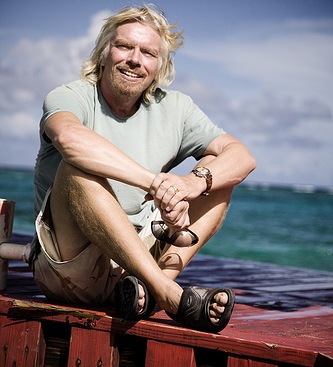 Mobile payments company Square announced that Sir Richard Branson is an investor today, after a Form D filed with the SEC recently confirmed its $100 million round of funding.

“As you know, I’m interested in a variety of sectors,” Branson told VentureBeat in an e-mail. “In recent years, thanks in part to Virgin America (being based in the Silicon Valley and doing a great job serving tech-savvy guests), I’ve learned more about tech in general and social media in particular – and always look for companies that use business as a force for good.”

Branson is best known for his Virgin Group conglomerate that houses companies ranging from music to an airline to space travel. According to the statement released by Square, Branson was most interested in its free hardware, along with the mobile payments frontier. The $100 million round was otherwise led by venture firm Kleiner Perkins Caufield and Byers.

With this latest round, Square’s valuation is rumored to be over $1 billion, huge growth for a company launched in 2010. Square also processes over $2 billion payments annually and is looking to expand outside of the United States. This wild growth, securing Square as a Silicon Valley tech darling, is said to be another reason for Branson’s interest and investment.

Also on Square’s horizon is the individual market, allowing one and two-person companies to take payments, and not just businesses. Square introduced this idea when it announced the card readers would soon be available in Wal-Mart stores.

“Square’s simplicity, efficiency, and accessibility make it revolutionary. It allows many more people to be entrepreneurs, and that appealed to me,” Branson explained.

Square was founded in 2009 by Twitter co-founder Jack Dorsey, who Branson says still has his “edge” with Square. The company has shipped over 800,000 of its mobile card readers to businesses across the country. Other investors include Vinod Khosla, former Obama chief advisor Larry Summers, and Mary Meeker of Kleiner Perkins Caufield and Byers.