A marketplace for mobile web apps 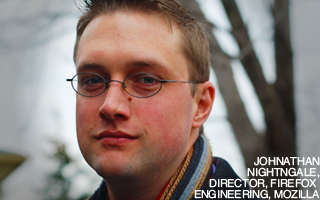 Mozilla is one group that’s working on better tools for the second challenge to a mobile app paradigm shift: How do you sell mobile web apps to a mass market?

For the consumer, Mozilla’s scheme includes total device agnosticism for every app you purchase. That is, all your apps will run on all your devices, so you don’t have to repurchase the same app you have on your smartphone just because you bought a new tablet.

“What we’re proposing is, anyone with an email address can start getting free or paid apps, and that app is owned by you as a person,” Sullivan explains. “Buy a game on your PC, and you can show up on your phone, because you own it. Not your device, but you.”

In this model, consumers would have a whole universe of virtual shops in which to purchase reputable apps, a sort of mobile shopping mall in the sky. Or, they could go the indie route and have a relationship directly with the developer.

And lest you, dear reader, think this model is so much optimistic pie in the sky, Sullivan says Mozilla brings an measure of practicality to the undertaking.

“We have some experience in this from running a browser,” he says. “We will operate a marketplace. We’ve been operating one for several years to distribute Firefox add-ons. We’ve come to a system for curation, policies, legalities — we’ve been through the trial by fire to deal with this, and we’ve gotten to a pretty good results.”

Entities such as Google and Apple have created some of the culture of FUD (that’s fear, uncertainty and doubt) around off-market apps. As consumers, we’re told apps sold outside of a company-sanctioned store are a crap shoot in terms of security and general quality.

However, Sullivan says the FUD is exactly and only that, especially when it comes to privacy and app permissions. Actually, says Sullivan, web apps are more transparent about requesting personal permissions, and the web “sandbox” model provides better protection from would-be malicious apps.

Johnathan Nightingale is in the room with Sullivan; he’s Mozilla’s director of Firefox engineering. He perks up when we start talking FUD.

“If you went back to the late ’90s, AOL was saying the same thing: ‘If you get it out there on the web, who knows what you’re gonna get?'”

He continues to explain Mozilla’s take on organizing the mobile web for commerce. “It’s not like we’re talking about getting rid of stores. If you’re a developer, you want to get into as many stores as possible, and if you build a successful store, more power to you. But ‘protecting’ the user from stuff they want to install? That’s not how we roll.”

“Putting a stop” to native apps 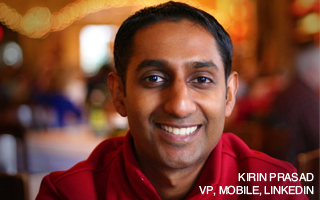 So, with all these wheels in motion — better mobile development tools for the web, better marketplaces for mobile web apps — it’s conceivable that the mobile web app could become the new dominant paradigm for building for smartphones, tablets and other devices.

“Eventually, the web’s going to be the only place you’d want to build a new application,” says Nightingale.

“If you talk to app developers right now, the thing they’re trying to hire are the top notch HTML5 coders. People are not going to want to develop for four or five different tech stacks.”

Because of specific hardware capabilities and native apps’ ability to access hardware, Nightingale says developers can still be sold on the benefits of native app development. “But we’re putting a stop to that,” he says, foreshadowing some of Mozilla’s plans for mobile web developer tools.

But some doubt whether the sustaining forces behind the current paradigm — the OEMs and OS makers themselves — will ever really give mobile web advocates a fair shake when it comes to hardware access.

“We’re working to bring those hardware capabilities to web developers, too,” said Haynie, “but do you think Apple is going to get all ‘kumbaya’ and turn the industry around? No way. Of course the web companies would love that, but we don’t even have that on the desktop web, so how are we going to do it on the mobile web?”

Sullivan’s prognosis is a bit more reserved. He harks back to the days of computer software, the kind that came packaged on floppy disks or CD-ROMs, and noted how around 80 percent of the programs he used would be desktop software and 20 percent would be on the web.

“As we added capabilities, the 80/20 rule flipped. Now, almost everything has moved to the web.

“I don’t see native apps going away in the sense that they didn’t go away on the PC, but I think there will be an 80/20 rule for the mobile web, too.”

Similarly, Zurb’s design lead, Jonathan Smiley, thinks that eventually, we’ll stop making the distinction between web and native apps entirely. I ask him if he thinks the one will ever be just as good as the other; he says, “Absolutely, but by then the lines between native and web apps will have been completely blurred. As devices use hardware to accelerate and enable features for web apps, and as native apps use more and more web services, the two will likely converge into just ‘apps.'”

“The goal is always going to be a great UI,” says Kiran Prasad, director of mobile engineering at LinkedIn. “Great UI means simple. And simple means that the experience is fast, easy and reliable.”

Prasad says that web apps for mobile phones “are indeed the future,” but he points out that the future is still, well, ahead of us. For right now, technologists need to “take advantage of the right technology at the right time… The question is not about native apps versus web apps. It is at a screen and interaction level: native screen or web screen. We are focused on the best end user experience, and today that means taking advantage of mobile web apps and their interactions with native applications.”

Photos by Jolie O’Dell/VentureBeat. CD-ROM photo on the homepage by Jetsetmodels/Shutterstock.