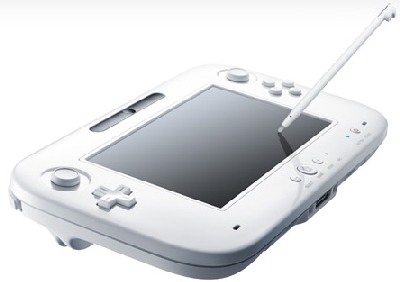 Nintendo is working on upgrading the Wii U to support the simultaneous use of two tablet controllers, according to a story by  Develop Online, which cited an anonymous source.

Slated for a 2012 release, the Wii U is Nintendo’s sixth home console. It was unveiled during Nintendo’s press conference at the Electronic Entertainment Expo 2011, and it is Nintendo’s bid to remain relevant in the age of high-definition gaming.

The direct successor to the Wii, the Wii U will feature a new iPad-like controller with an embedded touchscreen and will also be the first Nintendo console to support 1080p high-definition graphics. The controller can only be used with the home console, and won’t work if you take it to a cafe.

Previously, Nintendo indicated that while the upcoming console will be able to support up to four classic Wii controllers, technical limitations will only allow one tablet controller to work with the system. Nintendo’s president Satoru Iwata also suggested that cost barriers might arise with the introduction of two tablets.

However, it looks as though feedback received from E3 2011 may have prompted a change of heart. “Nintendo now knows that they absolutely need to support two tablets. At E3, they didn’t commit to this, but they know how important it is to make technically feasible to support two screens.” said Develop’s source.

The final edition of the Wii U will be demonstrated at E3 2012. The launch is expected to follow several months after.