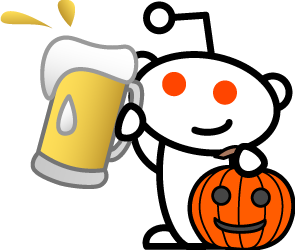 It seems all the people who keep Reddit open in a permanent tab on their web browser (myself included) are really starting to add up for the community news sharing site.

Reddit brought in more than 1.9 billion page views and had over 29 million unique visitors during the month of October, according to Reddit General Manager Erik Martin (a.k.a. Hueypriest). That’s an estimated 55 percent increase in page views compared to May 2011, which is the last time Reddit gave an update on its monthly traffic.

“It’s [the traffic] skyrocketed since then,” Martin said in a phone interview with VentureBeat earlier today regarding the company’s new local business free advertising campaign. “I think we might break 2 billion [page views] in November at the rate we’re going.”

There are plenty of reasons why Reddit’s fiery growth hasn’t slowed.

The site, which was spun off into its own entity by publishing giant Conde Nast in September, has continued to follow of strategy of strengthening its smaller communities. In June, the company arranged a Global Reddit Meetup Day event to build on the trend of local community subreddits popping up on the site. Two months later, Reddit launched a collegiate subreddit (sub category pages within Reddit) contest to boost activity from college and university communities, which was also quite successful. Most recently, the company is turning to local advertisers to help build out its local community subreddit pages.

Another reason for Reddit’s continued growth is likely due to the company’s focus on gift exchanges, such as its Secret Santa and Arbitrary Day events. In August, Reddit purchased Redditgifts.com from the members in the community who created and organized those events.

With the surge of participation the latest Secret Santa gift exchange is likely to bring in between now and the end of the year, Reddit should have no trouble hitting Martin’s prediction of 2 billion monthly page views in November.