***Small Spoiler Alert: I do mention the endings of all of the Uncharted games, including Drake's Deception. If you don't want anything ruined, then stop reading and go play these amazing games so you can giggle while reading this article.

I've been a fan of a website called Cracked.com for years now. For anyone who hasn't already spent hours while at work reading article after article on wierd, crazy, yet completely real events or people (a good one to start on is "5 Real-Life Soldiers That Make Rambo Look Like A P***y"), Cracked does a good job at looking beyond the events and contemplating alternative perspectives or consequences most people didn't expect to see.

So when I finished Uncharted 3: Drake's Deception, I realized something–Nathan Drake has literally destroyed 2 ancient cities and lost a casket made of SOLID GOLD.

Now I understand it wasn't his intention to find these places or make sure he was the last person to ever see Shambala or Iram ever again; he was just following the clues left behind for someone brave and handsome enough to make the journey…provided they could climb up walls and cliffs like a howler monkey. But think about it: You embark on a quest that not only proves that Sir Francis Drake faked his death, but went on a secret mission to find a lost city paradise in the middle of the desert, and you don't document any of it? No photos, no souvenoirs, not even a tweet? You find the legendary city of Shambala, and you don't think to snap a quick pic? LOOK AT THIS PLACE: 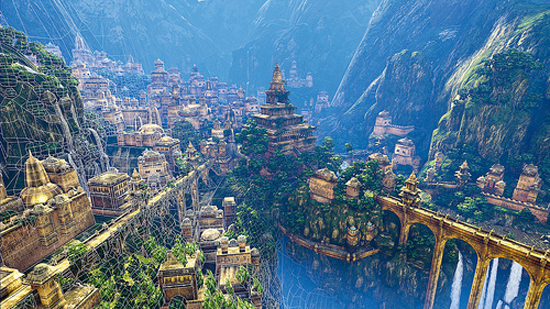 And it's not even the monetary concerns either (though I'd wager Drake has racked up somewhere between billions and are-you-serious-that-thing-was-made-of-solid-gold-and-turned-people-into-monsters-so-I'm-pretty-sure-it-was-about-as-priceless-as-stuff-gets), but societal too. Much like the burning of the Alexandria library, these places were utopias of knowledge, culture and technology. Just one single artifact salvaged could mean entire chapters of history being rewritten because of their existence. One of the cities was even guarded by Yetis, which I'm fairly sure the scientific community would have loved to know more about. 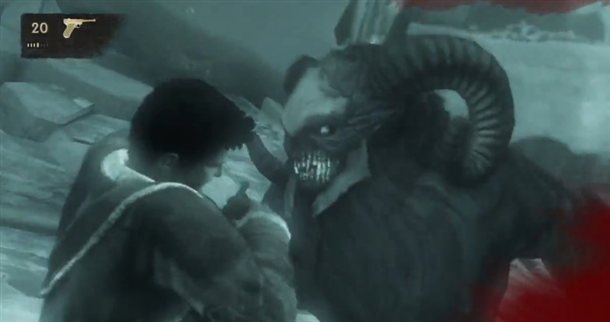 But for Drake, it's just another forgotten shanty-town that could use a little destruction just so the bad guys can't rule the world. A noble gesture, absolutely, and one that most people could get behind, but seriously, the whole city? In all fairness I'd rather let the bad guy use the fountain of youth from Shambala just so the rest of the world can find out that there is an actual pool that can cure all diseases. When put that way, the bad guy can drink all the blue goo he wants, his private army won't stand a chance when entire NATIONS start fighting over it.

Finally, the kill count. I know most criminal organizations proabably have a certain looseness regarding the life insurance for henchman, but how many people has Drake killed to get to these places? I doubt he was keeping count when he leveled an entire skyscraper filled with snipers, but Drake really knows how to end lives when it comes to immeasurable treasure that, as you will recall, he doesn't attempt to take or even document in the slightest way possible. So in reality, hundreds of people have died in a vain attempt to utilize ancient magical curses or fountains, and the ONE person responsible for its entire destruction will most likely use all of the experience to make an awesome bedtime story for his future handsome children.

In the end, I know Drake has his heart in the right place and he's trying to do the right thing, but sometimes even the hero should wonder if complete annihilation of a lost civilization is best end-game option. Next time, just take a moment to pause, take a deep breath, and call a governmental agency. And while you're at it, take a damn picture and upload it to FaceBook or something, I know you can Drake.