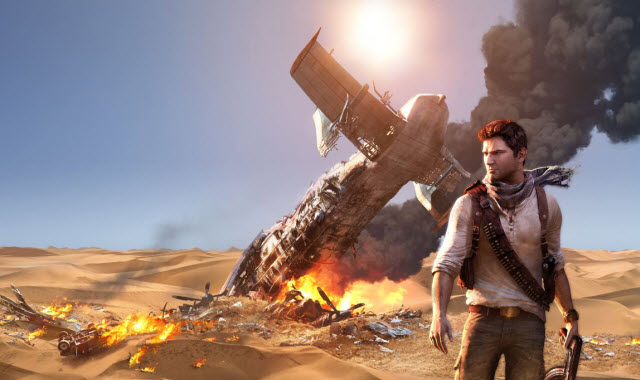 That puts the series on track to sell more than Uncharted 2 and make it into one of Sony’s smash hits of 2011. The game is an exclusive for the PlayStation 3, so the numbers are surprisingly high. Of course, Sony counts a “sale” as shipping a copy to retailers, not the sell-through of that copy to an end consumer. Actual consumer sales are probably lower than that number, although many retailers probably sold out their copies quickly, if not on the first day.

Nevertheless, the results show a huge payoff for Naughty Dog, which had a huge development team working on the title. By comparison, the best-selling game of all time was Call of Duty Black Ops, which sold through more than 5.6 million on its first day of sales and generated $360 million in revenue.

“Uncharted 3 is a blockbuster and these incredible sales figures reflect that,” said Sony’s European communications chief Nick Caplin, in a statement. “Consumers are clearly as eager to play the game as critics were to heap praise upon it, and the team at Naughty Dog deserve this fantastic reception at retail. The Uncharted series, exclusive to PlayStation 3, has redefined the third-person adventure genre and is now one of the leading franchises available.”