Final Fantasy XIII-2 is launching in Japan in about a month.  Its US release will follow in late January.  The fact that Final Fantasy has been topping the sales charts around the world for two decades makes it a rare and hallowed creation in the transitory medium of video gaming. But who's playing it these days? Are today's Final Fantasy fans the ones who started with the original game, or did those guys get tired of the whole thing along the way only to be replaced by youngsters who started playing more recently?

Speaking for myself, I've been with the series since Final Fantasy II on the SNES (or IV, if you prefer). I had a friend who was heavily into JRPGs back in the SNES days, and he picked up Final Fantasy II upon release, tore through it in no time at all, and lent it to me.  At first, I was fairly intimidated by the game, since it was far more complex than the 16-bit platforming games that were my forte.  The only RPG I'd really invested any time into before that was Dragon Warrior, which was beyond simplistic. Yet somehow I made my way through Final Fantasy II in just a couple of weeks, and despite not really getting most of the game's nuances, I wiped the floor with Golbez and the other final baddies on my first try.

Since then, I've played every major Final Fantasy title as it's been released in North America. Hopefully I'll be struggling my way through FFXIII-2's complexities soon enough, and while I have some misgivings about the game’s direction, I'm sure I'll enjoy it regardless. I always do. 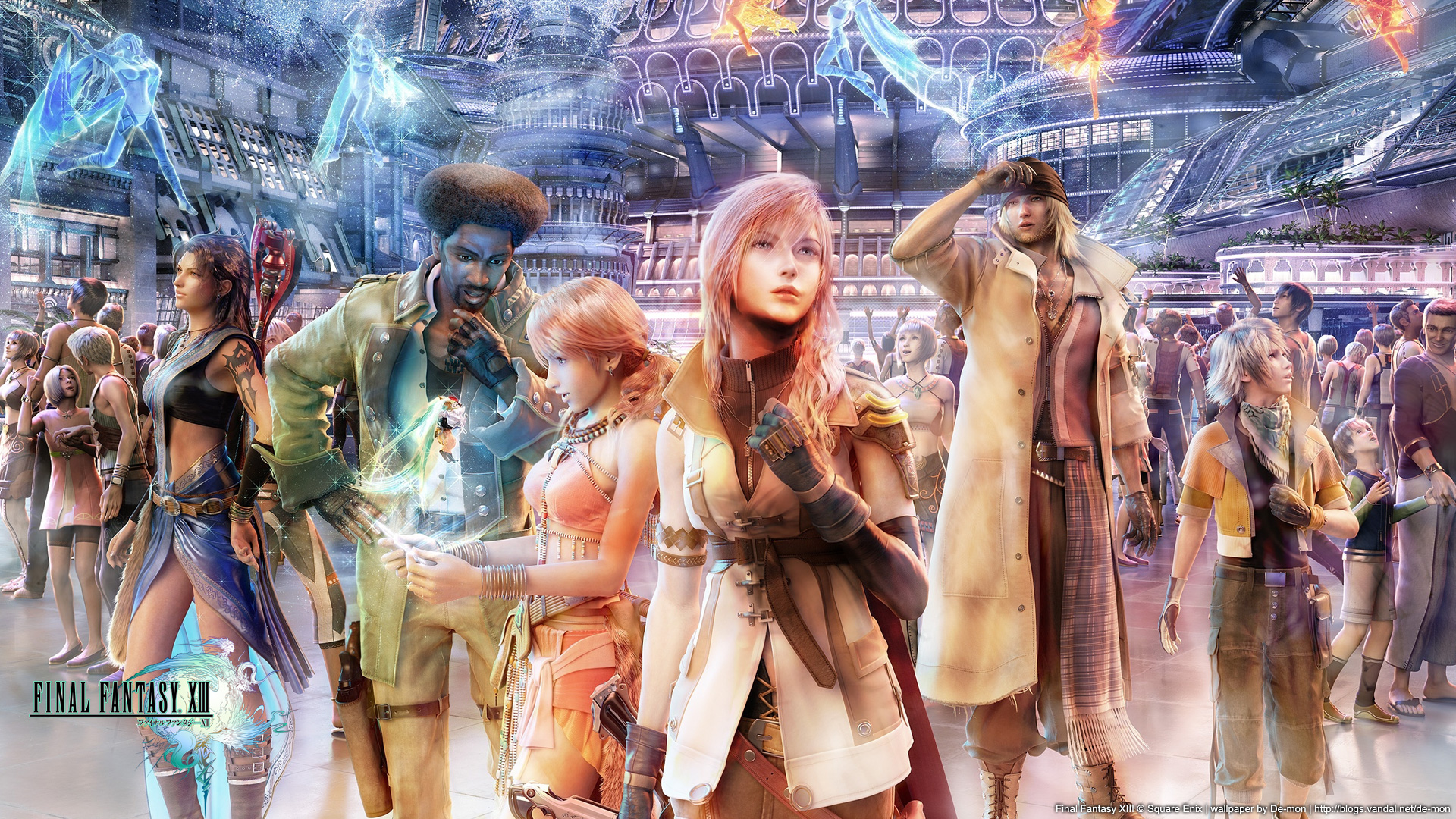 I'm probably something of an atypical Final Fantasy fan, because I appreciate the series' constantly changing nature. I love the fact that one entry can be radically different from the last, and my favorite entries in the series tend to be the ones that shake up the game mechanics and try something far removed from the adventure that came before. Because no matter how far-out a Final Fantasy gets with its combat engine and character-building systems, these are always presented in familiar trappings that offer a helpful sense of context. It's weird that you have to steal magic spells from enemies in FFVIII and hook them up to your stats in order to advance, but at the same time I know exactly what that Thundara spell I'm draining from this monster does. By all appearance, there are some  strange features in FFXIII-2, but I still know that riding a chocobo will allow me to traverse the landscape free from enemy encounters. Whatever its failings, the Final Fantasy series does a great job of using its history as a safety net for shaking things up.

Or at least, that's my opinion. What's yours? Have you been playing Final Fantasy long? What drew you to the series? What keeps you playing? Or, alternately, why have you given up on the franchise?

While you're thinking about your response, why not visit my blog at http://themolloyboy.blogspot.com/ to read about more Japanese stuff?  Do it!