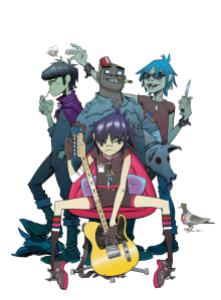 Citigroup is close to finalizing a deal to sell off major music company EMI Group for an astounding $4.1 billion dollars, according to a Wall Street Journal report that cites anonymous sources familiar with the matter.

The sale will be split into two separate parts. Citigroup is in talks with Universal Music Group to sell EMI’s recorded-music division for $1.9 billion, while its publishing division will go to Sony Music for $2.2 billion, according to the report.

Citigroup first announced its plans to sell EMI in June after new forms of music distribution and online piracy took a considerable toll on the company’s profitability. The sale would cut the number of giant music labels from four to three: Sony Music Entertainment, Warner Music and Universal Music.

Although news of the sale was inevitable (Citigroup seized control of EMI from other owners in February after the company couldn’t pay its debts), it’s unfortunate that EMI will cease to exist just as the company began allowing tech companies and developers to use its music via APIs. In the past month, EMI forged partnerships with both Rumblefish and Echonest.

Rumor has it that Citigroup will announce the sale later today or this weekend. The sale is likely to face many regulatory hurdles and could take up to 20 months to get approval.

[Image above of musical group the Gorillaz, from EMI’s record label]