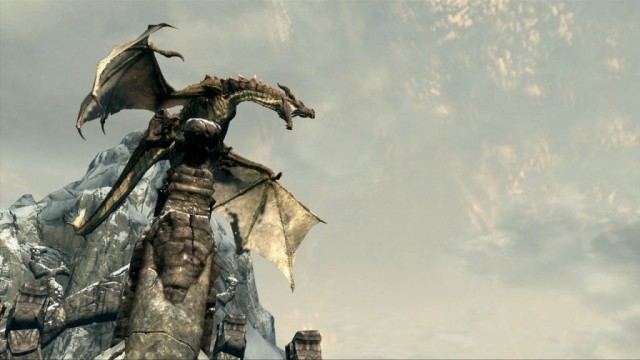 Update: For more Skyrim tips, tricks, and exploits, including how to max out your Mage skills and get houses for free, check out our second guide!

Original Story: After writing a 4,000-word review and nearly a hundred hours spent in Skyrim (with many more to come), I’ve learned a few tips and tricks that I thought I’d pass on to my fellow adventurers. In this Skyrim Starter Guide you’ll learn how to boost your way to a more powerful character almost immediately, as well as making the most of the crafting systems and various other helpful things.

If you get into the game and have any questions about, well, anything, feel free to come back and ask in the comments. I may not know the answer to all of Skyrim’s mysteries, but with our powers combined, I’m sure we can at least argue over them like civilized people from the internet do.

Easily sneaking your way to level 100

Normally, leveling a skill to 100 would take dozens of hours of natural gameplay. However, if you’re in a rush, you can actually do it at the very beginning of the game. As soon as you enter Whiterun, find the second guard barracks. It’s not the one across from the blacksmith. If you’re having trouble locating it after filling in the map by walking around, save your game and get arrested. Then break out of prison and the building you exit from is the building you want. Now mark that location on the map in your brain and reload.

Upon entering the barracks, use the “wait” feature until it’s after 10 pm, assuming it’s not already. Now simply crouch down and sneak back and forth in the sleeping area at the back. There will likely be two guards who never go to sleep and will see you when your Sneak skill is low, but they won’t attack so it won’t matter. Just by moving back and forth like this you will begin to rapidly level your Sneaking skill. Soon you’ll be able to sneak right behind the guards and they won’t even know you’re there. At this point your Sneak skill will be high enough should you want to quit and play the game normally as a stealth character. 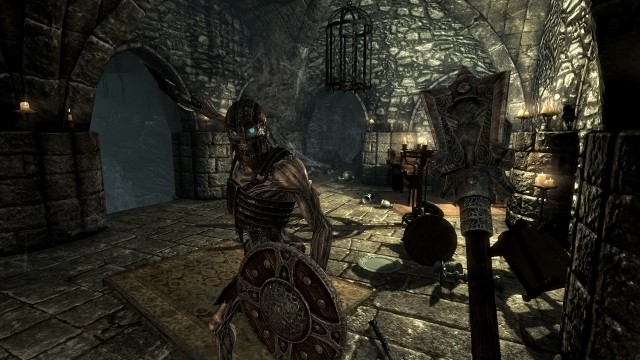 However, should you choose to continue, you could eventually max out the Sneak skill and gain quite a few character levels as well. It’s not really game-breaking, since there seems to be very little difference between Sneak level 25 and Sneak level 100, but not building up your skills evenly may have adverse effects on the difficulty early on.

Make sure you have activated the Thief standing stone before doing this to increase your sneaking experience by 20 percent.

Quickly increase your Speech and Pickpocketing

One of the lower skills in the Speech tree is the ability to bribe guards, effectively saving you from jail time for any crimes you commit. Once you have this, you can actually use it to level up very quickly. To kill two birds with one stone, you should go around pickpocketing people. It doesn’t matter what you take, so long as the steal is successful you’ll gain pickpocketing experience. When you get caught, make sure your weapons are sheathed and just wait for a guard to appear. Given the option, bribe them to look the other way. Unlike persuade and intimidate, this speech option never fails, and will give you a big boost to your speech experience.

You can’t do this in the same area over and over again, however, so you’ll need to make an adventure out of it. Go around to each city or village, leveling up your pickpocketing and speech skills, then circle back around and do it all over again.

A higher speech skill will allow you to get better prices when buying and selling from merchants and sell any type of item to any type of shop.