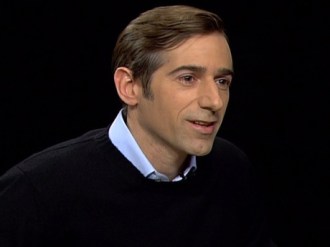 Social gaming powerhouse Zynga has been the buzz of the blogosphere today and the star of a back-and-forth over whether the startup is being equitable with how it hands out (and possibly takes back) equity to employees.

Originally, the Wall Street Journal reported Zynga executives, including CEO Mark Pincus (pictured), had decided to take back employee stock in light of the startup’s coming IPO. According to the Journal’s sources, company leadership started giving employees an ultimatum: Give back your stock, or you’re fired.

Then this morning, Pincus sent out a company-wide memo saying the Journal’s reporting was “based on hearsay” and that it portrayed Zynga’s culture of meritocracy “in a false and skewed light.”

He continued, “I am proud of the ethical and fair way that we’ve built this company… Being a meritocracy is one of our core values and it’s on our walls. We believe that every employee deserves the same opportunity to lead. Its not about where or when you enter zynga its [sic] how far you can grow. This is what our culture of leveling up is all about and its [sic] one of our coolest features. we want everyone to put zynga first and contribute to the overall success of our company and all of you have.”

It’s hard to say exactly what “meritocracy” means inside Zynga’s walls. Pincus could simply be putting a thin veneer on underhanded motivational practices that involve changing how stock is vested; he could also be the tone-setting chief of a truly lovely company culture. However, what is certain is the Journal’s hit piece could not have been more portentously timed.

Zynga is said to be looking toward a post-Thanksgiving date for its upcoming IPO.

The company filed to go public in July, and all parties, including VentureBeat, were optimistic about the financial outcome of that action. As of July 2011, Pincus himself owned 112 million shares, or about 18.1 percent of the company’s overall 618 million shares, according to Zynga’s SEC filings. It’s hard to imagine an IPO scenario in which Pincus would emerge as anything less than a multi-billionaire.

However, the IPO has been fraught with delays. While the company filed to go public back in the late summer, its leadership could not have anticipated the stock market meltdown in August. Many wondered if the company’s IPO plans would survive the bloodbath at all. Many other IPOs in August — a record number of them, in fact — were delayed or sent overseas. The IPO window was closing.

Now, with the company’s IPO just a couple weeks away, reports such as these, be they ever so “based on hearsay,” stand a chance of doing some damage to Zynga’s public market performance, especially if those reports escalate.

We’ve contacted Zynga for comment and will update you when more information is available.