There has been a lot of chatter lately about race in Silicon Valley on the heels of CNN’s release of a few choice interview snippets with Michael Arrington (from an upcoming documentary on black entrepreneurs). The aftermath has included a Twitter storm of comments, a defensive and yet antagonistic post from Arrington, a rebuttal from CNN’s host Soledad O’Brien and numerous opinion pieces from tech media. Last week, Black Founders held a prescreening of the full documentary followed by panel discussion by black tech entrepreneurs in the valley.

One of the main threads of all this ensuing conversation has been the role that “pattern matching” plays in who the venture capitalist community chooses to fund. Pattern matching is a simple approach used by VCs, who see hundreds of companies a year and naturally evaluate startups and entrepreneurs based on what has worked before.

The CNN piece has driven the conversation to focus on one particular pattern that investors appear to favor: the 20-something-year-old Stanford or Harvard drop-out with a big idea, who more often than not happens to be white.

This isn’t a new pattern. It was around well before Mark Zuckerberg. So, is it an indicator of racial preference if an investor frequently funds companies that fit this “Ivy-league drop out, twenty-something” pattern? Honestly, I’ve been there and I don’t think so.

When I was 20 I dropped out of Stanford with two classmates to start a company. Even though we were minorities, we had zero trouble attracting press, funding, and experienced talent. At every event we attended, people lined up to find out what the next big thing coming out of Stanford after Google was going to be.

Sure, we matched the pattern, but that was 1999 and we all know what happened two years later: After the dot-com bust, the three of us went back to Stanford and finished our degrees.

But what if you’re not a 20-year-old Stanford dropout? There are plenty of other patterns that VCs use when evaluating companies and the good news is most of them are patterns that you–as an entrepreneur–have control of.

I firmly believe that if we want to see more minority entrepreneurs in the tech community, we as black entrepreneurs should focus on the things we can change and help each other achieve those.

Here are a few key attributes that investors look for that you can directly affect.

The bottom line is that many of the patterns investors are looking for are key elements that characterize a great business before it becomes one. At the end of the day, a smart investor (the one you want investing in your company) will place more value in the collective strength of the patterns represented in your business plan than your age, academic background or the strength of your network.

Are there investors out there that will pre-judge you based on ethnicity or gender? Absolutely. But we aren’t going to change their minds, so let’s not waste our time being upset by peripheral, non-business pattern-matching.

Instead, let’s focus on the patterns we can build into our startup proposals. By working together, perhaps we can make these old patterns increasingly irrelevant — and start making a few new patterns of our own. 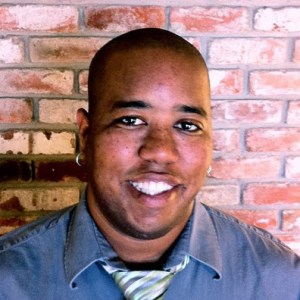 Ameen Saafir is CEO and founder of Interactive Touch, Inc., a free online platform that allows anyone to create and then publish interactive children’s content to iPad/iPhone via the Interactive Touch Books App. Formerly a senior engineer at Dupont and Samsung, Ameen is an expert in organic LED flat screen displays. He cofounded his first startup, Getinventory, in 1999 while at Stanford University.  You can follow him on Twitter as @ameensaafir.

CNN’s upcoming documentary, Black in America 4, has sparked a heated discussion about race in the tech industry. VentureBeat has asked several black entrepreneurs to contribute their opinions prior to the airing of the show on Sunday November 13. Read the rest of VentureBeat’s stories on diversity in tech.