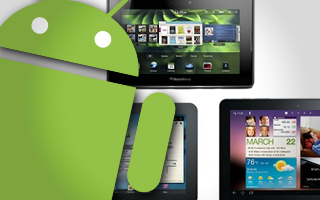 Lenovo might be getting ready to pop out a new Android tablet, this time running Ice Cream Sandwich, the latest (and best designed) version of Google’s mobile OS, by the end of 2011.

According to “the little birdie” Engadget cited as a source, the tablet will feature a 10.1-inch touchscreen and should be ready in time for the holiday shopping season.

The blog also reports the new tablet will bring users a fingerprint scanner, a rear-facing camera, a USB port, 2GB of 1,600MHz DDR3 RAM and a “Special Fusion-Skin Body.”

We know you stopped reading and started freaking out at “fingerprint scanner.” This hardware feature reportedly does double duty as an optical joystick and is located with the camera on the rear side of the device.

Ice Cream Sandwich is the first version of Android that’s intended for both smartphones and tablets — as well as almost any other connected device you can imagine.

While Android tablets have traditionally played second fiddle to the impeccably designed iPad, the new Ice Cream Sandwich variant may help to make the consumer experience of Android tablets much more pleasant. The entire operating system as seen a ground-up redesign. Google even threw in a gorgeous house-made typeface, Roboto.