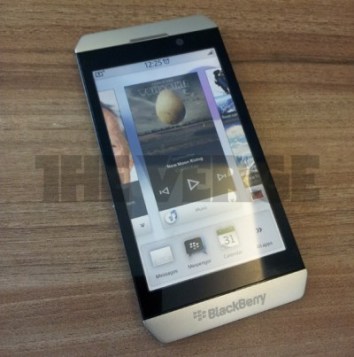 Zune says what? What we have here is a potential glimpse at Research in Motion’s first BlackBerry to run the next-generation BBX operating system — but honestly, it just looks a lot like Microsoft’s Zune HD to me.

It’s called the BlackBerry London, and it’s reportedly headed for release in June 2012, reports The Verge. While the image is still unconfirmed, it gives us a decent sense of where RIM could be headed.

According to the source who provided the image, the London is said to be “thinner than the iPhone 4,” at about the same size as Samsung’s Galaxy S II. The phone will reportedly pack in a 1.5 gigahertz dual-core processor, 1 gigabyte of RAM, and 16 gigabytes of storage. It’ll also feature an 8 megapixel camera with a 2MP front-facing camera. 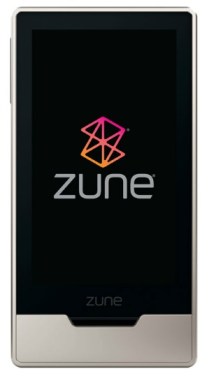 Above: A Zune HD, for comparison

If the image turns out to be true, it sounds like RIM is finally aiming to create a serious touchscreen smartphone — though those specs, which are competitive now, may seem outdated by the middle of next year.

The Verge’s source says that the picture is of a dummy unit, so the image on the screen may just be a placeholder. Still, it gives us an idea of what RIM’s BBX operating system, which is based on the PlayBook’s QNX software, will look like.

The image may still be an elaborate hoax, but at this point I have a hard time believing someone would waste their time creating a fake next-generation BlackBerry when they could be spending their time faking a device more people are looking forward to.