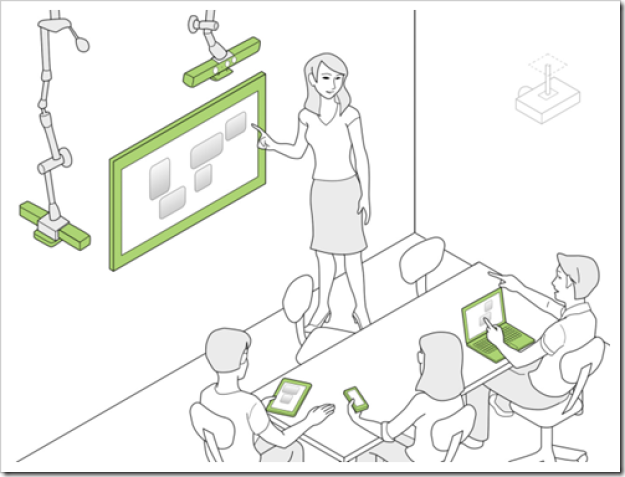 Microsoft Research is at it again: The wily folks who created Kinect, among other cool projects, have put together a project that could redefine the way we approach meetings.

While still a very early concept, Code Space shows the potential uses for Kinect beyond gaming. With its motion tracking capabilities, the Kinect sensor could be the key that makes Minority Report-style computer interaction commonplace.

Why the need for so many input devices, when a simple whiteboard would do for most meetings? Code Space was created with developers in mind, so having a way to share information across devices could ultimately make meetings more efficient. For a simple PTA get-together, where there’s not much data to share, Code Space would likely be overkill.

The project’s design principles offers up some insight on what Microsoft Research hopes to accomplish. “Everyone can interact with the shared display, from anywhere in the meeting space, with any device they bring,” reads the first principle. That’s certainly a meeting I wouldn’t mind booking.

Check out a video of Code Space in action below: