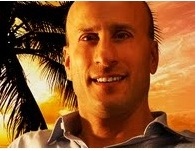 Alan Colmenares is facilitator for the Founder Institute program in Colombia, a contributor to VentureBeat and writes about Latin American startups at TropicalGringo.

Latin America is home to some notable startup success stories from countries such as Brazil, Argentina and Chile, as I’ve written about previously. MercadoLIbre an ecommerce company based in Argentina, for example, boasts a market cap of $3.7B. But the lesser-known Colombian startup community has generated some successes too. Here’s a quick look at the latest we’ve seen come out of that country.

One example of a Colombian startup creating real impact is .CO Internet (a joint venture with global communications company Neustar). In a year and a half, .CO Internet has managed to register more than a million domain names worldwide (from a negligible base). Under the leadership of Juan Diego Calle, a serial entrepreneur who sold his previous startup to Yahoo, .CO Internet has managed to convince organizations such as 500 Startups, AngleList and, more recently, the Founder Institute to adopt the .CO extension for their primary domain name.

Another Colombian entrepreneur is Andres Barreto, co-founder (along with CEO Jason Baptiste) of New York-based startup OnSwipe. Barreto previously started or was part of a number of startups, including streaming music site Grooveshark. Onswipe offers technology that makes websites look great on tablet web browsers and recently raised an additional $5 million in funding.

Last but not least, PagosOnline, a Latin American ecommerce payment platform based in Colombia, was recently acquired by South African media group Naspers for an undisclosed sum. The company had positioned itself as a leader in Colombia but is now using that country as a launch pad to expand its platform to other countries in the region.

These are just the most recent, highest profile moves we’ve seen in Colombia, a country with the fourth largest economy in the region. Overall, we’re seeing about half a dozen quality tech startups launch here every year. Some are local plays and some are companies from other countries in the region. Venture funding has been scarce, but new initiatives such as Startup Weekend, international accelerator the Founder Institute and a corporate venture fund from telecommunications firm Telefonica could help improve this situation.

On my last trip to California I met investors at both ends of the scale: those who couldn’t care less about Latin America, much less about Colombia, and those who are intrigued. It seems that investors interested in monitoring Colombia are those who are interested in complementing their deal flow with areas of the world that don’t have so much competition for deals — especially now that Brazil has started to get pretty crowded in that respect.

Research has shown that high-tech startups create the greatest number of jobs, and it’s no wonder that entrepreneurs and startups from lesser-known countries such as Colombia are pursuing these opportunities with some success. Moreover, if Michael Geoghegan, former HSBC CEO, is correct, these countries may make bigger waves in the future: “Colombia, Indonesia, Vietnam, Egypt, Turkey and South Africa will take over as the new BRICs, as Brazil, Russia, India and China were dubbed a decade ago.”