Will the 3DS Be A Haven For RPG Ports?

Is the port heavy 3DS RPG lineup a sign of things to come?  The PSP was stunning when it was announced in 2004. Not only did it sport a big, gorgeous screen, but it had enough graphical power to hang with the likes of the PS2. The ability to play that kind of game on the go seemed well worth the price.

The ability to display PS2-like graphics had an unintended effect though — an avalanche of uninspiring ports. That has changed somewhat over the years, but there's still plenty of games along the lines of Final Fantasy Tactics: War of the Lions, Valkyrie Profile, Star Ocean (technically a remake) and Disgaea. The Nintendo DS has its own share of rehashes, but it also had the The World Ends With You and Radiant Historia to make it sparkle. 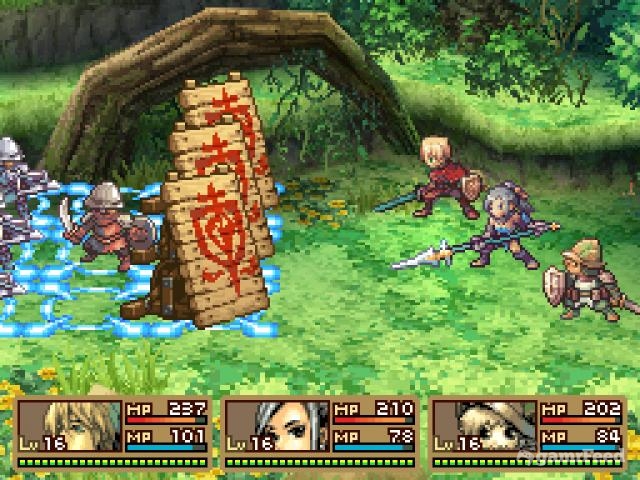 Believe it or not, I have a higher opinion of the PSP than most, mainly because the Japanese industry has embraced it so completely. But there's also no denying that it got off to a painfully slow start that ultimately relegated it to second place. And glancing at the current 3DS lineup, I wonder if Nintendo isn't traveling down a similar road.

Here's a partial list of RPGS that have been announced for the 3DS (so far): Tales of the Abyss, Kingdom Hearts 3D, Etrian Odyssey, and Shin Megami Tensei: Persona.  Tentative Final Fantasy and Dragon Quest titles have all been confirmed as well, but they're released on every platform these days.  The only RPGs on the console right now are SMT: Devil Survivor Overclocked and Ocarina of Time 3D, both straight ports with touched up graphics and little else.

It's funny to think of how much things have changed in the years or so since the Nintendo DS has launched. Nintendo is now sitting in Sony's position, having launched a powerhouse platform with a mediocre (as of right now) lineup. As Sony discovered though, that power is a double-edged sword.

The fun of the DS is that its relatively limited power and unique capabilities tend to bring out the best in developers. Etrian Odyssey's mapmaking; the wacky two-screen battle system found in The World Ends With You; even Dragon Quest IX's tag mode — these were all features that were introduced because developers had to rely on something other than sheer power to carry their games. That sort of breathless creativity is surpassingly rare on the PSP, the only example that I can think of off the top of my head being Half-Minute Hero.

Obviously, power doesn't preclude creativity. Developers have all the tools they had with the Nintendo DS and more. I would challenge developers to use those tools to create a truly special RPG, rather than using the novelty of the 3D effect as a crutch. One of my favorite RPGs of the past few years is The World Ends With You — an RPG that could have only been made on the Nintendo DS.

The lineup so far suggests that most developers, even Nintendo, are playing it safe.  Other than Bravely Default: Flying Fairy from Square, I can’t think of any upcoming original IP RPGs for the 3DS. That's hardly anything new for such a young system, but I don't think it's been a particularly inspiring first year for the 3DS as far as RPGs go. But then again, the best RPGs almost never arrive until a couple years into a system's life cycle.

With that in mind, I do believe that the Nintendo 3DS has the potential to inherent the Nintendo DS's mantle as the home of the best and most original Japanese RPGs. I just hope that it's not too long before the ports give way to the good stuff.

To read more about JRPGs and Japanese stuff, please visit my blog at http://themolloyboy.blogspot.com/