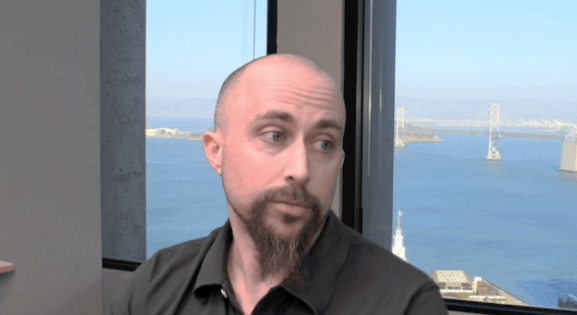 Zappos founder Nick Swinmurn wants to see a picture of everything in your closet.

In return, he’ll give you badges and even discounts on clothing brands that you love.

He’s not a creep (as far as I know). Rather, his startup, RNKD (pronounced “ranked”), is gathering information about what brands people are loyal to, and using that data to provide better information to those brands while offering good deals to customers. RNKD enters beta testing today.

“What you have is a better predictor than what you say you want,” said Swinmurn in an interview with VentureBeat (see video above). In other words, you might say you want a nice Brioni suit, but if your closet is full of Mark Ecko T-shirts, the odds are pretty high that your next purchase will be at the mall, not Fifth Avenue.

So if the Mark Ecko company only knew what a loyal fashion victim you were, it could probably get you to buy even more stuff by giving you discounts or early access to new clothing lines.

Enter RNKD. Swinmurn’s goal is to collect as much information about what clothing people actually own, while rewarding them for uploading and tagging photos. Step two is to approach brands with that data and figure out how to make a business out of it, perhaps through advanced data analytics services or through e-commerce offers.

In the meantime, the site can build momentum by getting clothing brands to offer real rewards in exchange for demonstrations of loyalty from RNKD’s customers. You say you’ve got 20 different pairs of Adidas, and the photos to prove it? Adidas may very well want to offer you a coupon for your 21st pair at some point. As the company’s press materials describe it, RNKD is “the first universal loyalty program that creates a direct relationship between you and your favorite brands online.”

RNKD has a bit of a chicken-and-egg problem in that no brands are likely to be interested in the community until it has a critical mass of consumers, yet consumers have no real incentives to open their closets to the world without real benefits. Swinmurn seems unfazed by this. Like FourSquare, RNKD is offering virtual badges as rewards for participation, making uploading into a competitive game. And, he points out, there are many sites where people already share information about what clothing they own, such as WIWT, Nice Kicks, Chictopia and Fashism, to name a few.

As someone who generally wears the same jeans three days in a row and can’t be bothered to shop for shoes more than once or twice a decade, I’m way outside of RNKD’s target market. And I’ll be honest, it seems like a pretty thinly disguised brand marketing scheme. Who is really so loyal to some abstract corporate brand that they’d be willing to share dozens of photos in hopes of getting some evanescent reward that just means you can spend more money on the same stupid corporate invention?

But Swinmurn might onto something, having made one of the most successful online retail operations of the last decade. He then followed it up with Dethrone, a small clothing brand focused on mixed martial arts fashion. Meanwhile, I spent the past twenty years working as a journalist. Clearly, he’s both a better businessman and far cooler than I am, and he’s probably a lot tougher besides, so who am I to say it’s a crazy idea?

Swinmurn, who is less well known than former Zappos CEO Tony Hsieh, started Zappos in 1999. He credits sheer, dogged persistence for making the company a success.

“Constant rejection was the only reason it worked,” he said, mentioning as an example the fact that it took seven years before Nike was willing to let Zappos sell its shoes. Only by going to industry trade shows year after year, learning the ropes and facing repeated rejections, was Swinmurn able to get traction for his online shoe business.

Based on that experience, he believes it’s better to build something real, then try to see if people want to buy it. Rather than raise a bunch of money on a speculative business plan, Swinmurn believes in just getting started and building something.

“People want to see something,” he said.

So perhaps, with seven years of dogged persistence, he may be able to build RNKD into something as successful as Zappos.