The Japanese are coming. In the wide open field of mobile social gaming, two large-scale Japanese companies, both of which have made major acquisitions of American firms, will soon be going head-to-head for worldwide dominance. Gree is expected to launch its global network sometime in 2012, while DENA’s Mobage network recently came out of beta on Android and will spread to iOS soon after.

In Japan, the companies are already carving up a mobile social games market that is worth billions of dollars. But which one will come out on top on a worldwide basis? And is there room for both? 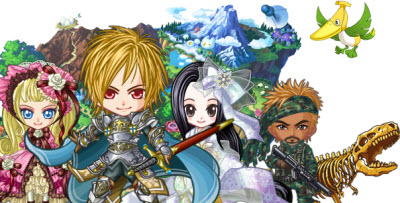 Gree has been growing fast. Between 2008 and 2010 Gree claims to have seen its sales growth rate increase by an astounding 4000 percent. It has 26 million registered users in Japan and, thanks to its acquisition of OpenFeint in April 2011, now boasts 140 million users worldwide. After the announcement of the $104 million acquisition, the two companies explained that they would be creating “a global ecosystem of distribution channels for game developers.”

That ecosystem will come in the form of an all-new mobile social network set to launch in mid-2012. The as-of-now unnamed platform will leverage the installed users of Gree in Japan and OpenFeint in the West with the ultimate goal of reaching one billion users for its free-to-play gaming experiences. It may sound like a lofty goal, but considering Gree’s continued worldwide expansion, it also seems like a distinct possibility.

In addition to OpenFeint, which is a wholly owned subsidiary, Gree also has partnership agreements with two very popular social networks in Asia. In April, Gree announced a partnership with Project Goth, the company behind Mig33, a mobile social network with 47 million users worldwide, but with a particular focus on emerging markets like South and Southeast Asia, the Middle East, and Africa.

But even bigger, back in August, Tencent, the largest social network in China with over 650 million users, announced a new platform called the Tencent Wireless Open Platform for Community, which is fully compatible with Gree and allows developers “to take full advantage of each other’s expertise and easily develop social gaming applications on either platform.” The initiative has attracted prominent Japanese developers like Tecmo Koei and Taito and makes it easy for companies to publish games on both platforms, reaching a very large audience of feature phone and smartphone users.

It’s not just partnerships, though, as Gree is also hoping to expand its global footprint by opening new offices across three continents. By February of next year the company expects to have bases of operations in London, Amsterdam, Singapore, Beijing, and Sao Paolo. And that’s in addition to its headquarters in Tokyo and San Francisco.

One recent setback was that Jason Citron, co-founder of OpenFeint, resigned in September and was replaced by Naoki Aoyagi, previously the head of Gree International.

Just what Gree’s new social platform will look like remains to be seen, as will how it integrates the existing Gree and OpenFeint networks. OpenFeint already supports both Android and iOS, and is utilized by notable mobile developers like Halfbrick and Adult Swim thanks to features like developer announcements (which lets developers promote upcoming releases inside of existing games) and the always popular free app of the day. Presumably those features will make their way to the new platform as well. 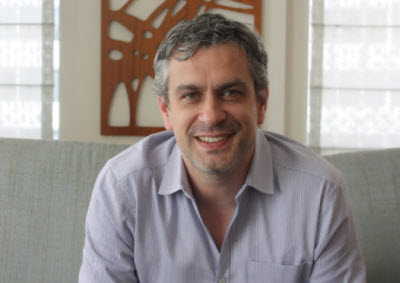 But while we’ll have to wait to see what Gree has in store for us, DeNA and Ngmoco have already released their big new social platform. Japan’s DeNA bought San Francisco-based Ngmoco in 2010 for as much as $403 million. Neil Young (pictured), head of Ngmoco, predicts that the mobile social game market will produce multiple billion-dollar companies and his ambition is to be one of them.

Officially launched earlier this month, Mobage is already being utilized by some of the most popular free titles available on Android, including Zombie Farm and Pocket Frogs. And while the global service is still relatively new, in Japan Mobage boasts more than 30 million users. It will also be expanding from Android to iOS in the near future.

On the surface Mobage is very similar to other mobile networks like OpenFeint or even Ngmoco’s own iOS service Plus+. Users can create a persistent profile to use across games, purchase virtual currency, and interact with friends. One of the things that separates the service, though, and makes it particularly attractive for developers is its monetization. More specifically how well its games tend to monetize. In Japan Mobage has been able to create an average revenue per user of $12 a month, which is very high for free-to-play game experiences. This is done through the sale of Moba-coins, a premium currency that can be used across all games on the service.

And it’s that kind of success that the global version of Mobage is attempting to emulate. During a recent media event at ngmoco’s San Francisco headquarters, Young explained recently that “we want to take full advantage of everything DeNA has learned.”

Young, the co-founder of Ngmoco, has stayed on and assumed greater responsibility. He has also hired new executives to expand the Mobage network.

Previously an iOS-focused game developer, since being acquired by DeNA last year, ngmoco has transitioned into what Young describes as a “platform company.” And while that includes managing the network across virtually all territories outside of Japan, it also means developing first-party games and creating a third-party development ecosystem. So far Mobage is home to around 30 games from developers like The Playforge and Nimblebit, but according to ngmoco more than 120 games have either been released or are in development. And that includes recently announced first-party titles like SkyFall and Dragon Craft from ngmoco’s San Francisco and New York-based studios, respectively.

Unsurprisingly, much like Gree, DeNA has been aggressively expanding into new territories as well. In June the company opened up a subsidiary in Seoul, Mobage was launched in China in July, August saw a new office open up in Singapore, Vietnam-based Punch Entertainment became a first-party DeNA game studio in September, and in October it spread to Latin America with the acquisition of Atakama Labs.

Both DeNA and Gree are gearing up for a war, spending hundreds of millions of dollars on growing their existing services into global products. But they’re also going in somewhat different directions. Gree’s focus appears to be on size, as its goal of one billion users shows. Its installed base is already huge, but with new partnerships and an expanded global presence, the audience will likely only grow.

DeNA, meanwhile, appears to be putting much of its resources into the actual games, courting users by offering more compelling experiences and then earning a significantly higher amount of money per user. Not only has DeNA managed to court a number of prominent developers, especially in Japan where studios like Grasshopper Manufacture and Namco Bandai have signed deals to develop social games, but it’s also putting a good deal of effort into developing its own quality game experiences.

Of course, these aren’t the only two players. Apple’s own Game Center app has around 67 million users and comes pre-installed on new Apple devices. It’s also relatively feature-light and is limited by the fact that it’s only available on a single platform. There are also developers such as EA and Gameloft that have their own mobile social networks. But both Gree and DeNA are putting much more effort into their offerings, making them the clear front runners for supremacy going forward. We’ll see who comes out on top.