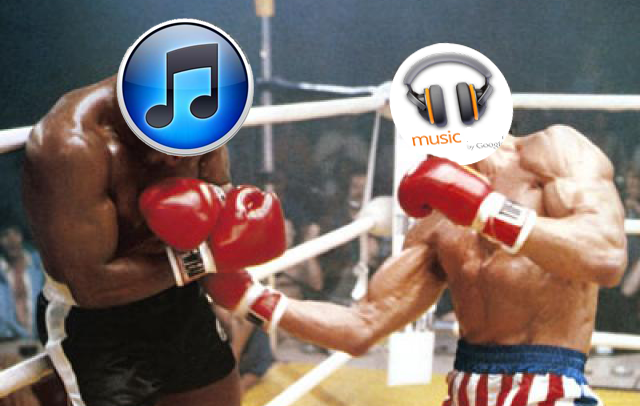 Apple’s iTunes might be the undisputed leader in digital music, but Google’s new Google Music service is poised to win the fight in the long run.

Google Music, which launched to the public today, is a free service that allows you to upload your digital music library to the cloud so that it can be played anywhere with a viable internet connection. The search engine giant also added the ability to purchase music through its Android Market, which makes it a direct competitor to iTunes.

Earlier this week, Apple preemptively launched a new “cloud” service of its own, called iTunes Match. For $25 a year, the service will allow you unlimited downloads on all tracks that you’ve previously purchased or are already in your library at no additional cost. You can download and sync all your music across all iOS devices (iPhone, iPod Touch, iPad, Desktop running iTunes software). Other than that, Apple didn’t add anything new to iTunes in regards to music.

Up to speed? Great. Now I can explain why Google Music is possibly the biggest threat iTunes has ever encountered, and why it’s likely to become the music service of choice for most people in the future. 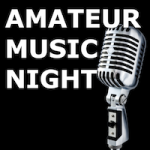 Right now, the only legitimate way for copyrighted music to get recognized through iTunes is if the record label that represents the music strikes a deal with Apple to have it appear within the iTunes store. There are lots of small and relatively unknown artists represented in the store, but nowhere near the number of people in the country who seriously consider themselves musicians — each with their own library of original songs. In the past, it didn’t make financial sense for Apple to add these unknowns without some kind of guarantee that they would make money.

Google Music, however, has taken the opposite approach. Its Artist Hub allows virtually anyone with the rights to their own music to sell their songs through the Android Market for a nominal $25 fee. Instead of turning away musicians with little marketable value, Google Music provides them with the necessary tools to turn their passion into a profitable business. It’s very similar to the early days of blogging when Google rolled out AdSense.

The sheer potential to turn your musical work into a viable business is going to drive any serious musician to set up shop on Google Music. With that kind of music library, all Google has to do is sit back and wait for the talented ones to get popular. However, “sitting back” isn’t actually Google’s strategy, which brings me to my next point…

Having one of the largest networks of up-and-coming music artists doesn’t do much if people never unearth the good stuff. Until now, the only way to discover good music depended mostly on the artist and/or a large company that spent money getting the word out about it.

Google Music is designed to change that. First of all the service, it integrates with Google’s social network Google+. If you allow it, purchases and listening activity can appear within Google+’s news feed, prompting exposure of songs to your intimate social circle (where you have lots of influence).

Also, when you purchase a new song or album through the Android Market, it enables all of your friends to listen to those purchases  — in their entirety — once. It’s bound to spur digital music sales, or at the very least some new exposure to artists you otherwise never would have heard about.

The discovery functionality in iTunes pales in comparison to Google’s. It does have services like the failure that is Ping as well as the ability to share the music libraries of others around you, but both of those methods require you to out of your way to find something new. 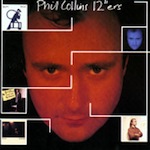 One area that iTunes greatly excels beyond Google Music is the ability that it gives you to purchase a digital download of the studio version of “Sussudio” by Phil Collins. This is because Google failed to reach an agreement with Warner Music Group to sell the song, meaning none of the music that Warner Music owns the rights to is available for sale in the Android Market. (You can get around this in some cases, because some of those tracks, the more popular ones, are available on compilation albums.)

Apart from “Sussudio,” the fact that Apple has a greater number of tracks available from all the major record labels isn’t actually much of a win for Apple. If Google Music does rise to popularity, people will figure out a way to add their music to the service, making Warner Music the only real loser.

In the future, Google will have the advantage because the popular artists of tomorrow will already be licensed and available for purchase. Apple’s iTunes, on the other hand, will have to play catch up. If Apple’s stronghold over music devices ever weakens, people will have little reason to keep using iTunes over Google Music.

Both services aren’t without their limitations. Google Music caps the number of songs you can upload to 20,000, while iTunes Match allows you to upload 25,000. I did find that many tracks from well-known artists in my music library weren’t recognized by iTunes Match, and thus, are unable for unlimited download. This is certainly a pain in the ass since I paid money to gain access to my entire collection of songs. VentureBeat’s Sean Ludwig had a similar experience when he tested the service earlier this week.

Alternately, I can’t download any songs from my personal collection that I’ve uploaded to Google Music, (only tracks purchased through the Android Market can be downloaded for use on other devices.)

And since I’ve already been managing all the files in my music collection up until now, it’s not that much of a stretch for me to continue doing that in the event that I want to put my collection on other devices/platforms. If you see that as a major setback for Google Music, I’m not sure why. It’s not as if you spent any money to use it — something that can’t be said for iTunes Match.

Apple has dominated the digital music market for almost a decade, but the addition of iTunes Match doesn’t do much to secure the company’s lead in the future. The ability to download tracks rather than stream them through multiple devices seems like a step backwards in the age of constant connectivity.

And while Apple is missing the opportunity to broaden its music service to include the entire spectrum of digital artists, Google is more than obliged to step up. If the Google Music Artist Hub does take off, it’ll give the search giant the fuel to eventually become the leader in digital music. Why? Because unlike Apple, Google will already have music from future rock stars, pop artist sensations and break-out alternative bands. By the time that music makes it to iTunes, it’ll already be in second place for many people.