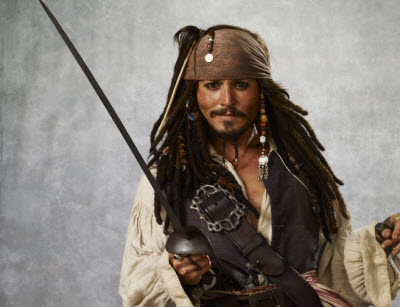 Microsoft released a new study today that quantifies the unfair advantage that manufacturers in emerging countries get by pirating software. The study says that companies that steal information technology software get a $2.9 billion competitive advantage over companies that pay for their software.

In just four emerging countries — Brazil, Russia, India and China — the competitive advantage is $1.6 billion per year. The number is based on a calculation about the competitive harm that results when one firm pays for software and another firm steals it. The one that pays for it will have higher manufacturing costs, meaning it will lose business to its rival.

Microsoft commissioned the study to examine the issue as part of its Global Play Fair Day, which seeks to educate companies and aid enforcement of piracy laws in 60 countries. Of course, when you think about it, the study seems to suggest it’s a smart thing for companies in Brazil, Russia, India and China to use pirated software. Then again, it can be expensive if companies are caught. 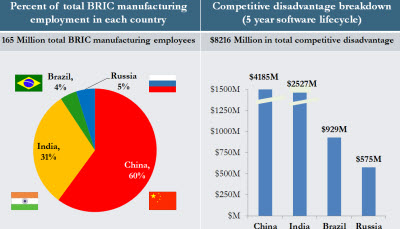 Piracy creates more than $2.9 billion in competitive disadvantage per year across manufacturers in Latin America, Central and Eastern Europe, and Asia Pacific. In China, the competitive disadvantage for those who play fair is $837 million; in India, it is $505 million; it’s $115 million in Russia and $186 million in Brazil. Over a five year software life cycle, legit manufacturers will lose more than $8.2 billion to their cheating competitors, Microsoft said.

In India, the $505 million in competitive harm could be used to hire more than 215,000 manufacturing employees. Microsoft pointed out that Hindusthan National Glass & Industries plays by the rules in India and has more than 4,500 employees.

“I do like to have a good night’s sleep, which I wouldn’t be able to do if I was stealing something,” said Bharat Somany, a director at HNG. “Transparency is something that starts vanishing pretty quickly when you [pirate]. Not only do you hide from others, but you end up having things in your own company that are hidden from you — there is no accountability when you go in for pirated software.”

Analysts from Keystone Strategy provided the economic analysis for the report. David Finn, a lawyer for Microsoft, said that the report quantifies the harm that unfair competition causes in emerging markets. On the industry’s behalf, 39 attorneys general in the U.S. — who once slammed Microsoft for anticompetitive practices more than a decade ago — are calling for stronger enforcement against piracy.