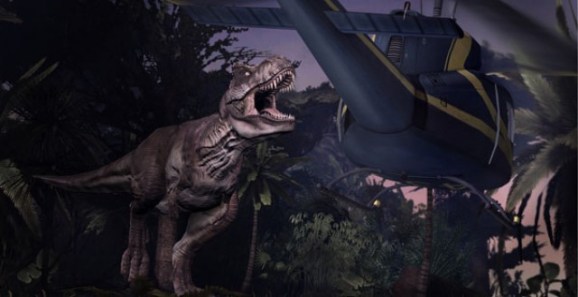 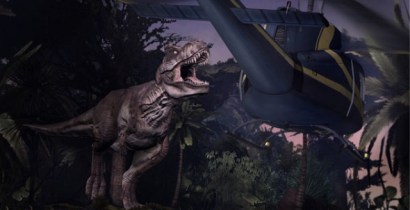 Investigations by Gamespot have revealed that two members of the Jurassic Park development team at Telltale Games posted perfect review scores for their own title on the popular ratings website Metacritic, earlier this week.

Telltale Games is best known for its point and click adventure games, such as Sam and Max, and Back To The Future. Its most recent title, Jurassic Park, was released on Xbox Live on Wednesday, and has so far received a luke warm reception from critics. Only three press reviews have been added to Metacritic so far, none of which have been terribly flattering, with all scoring the game at 60/100 or under.

That made it all the more curious when user reviews for the game started popping up on Wednesday afternoon, giving the game 10/10, and lavishing it with praise. A particularly glowing review stated that: “There is much to love about Jurassic Park: The Game. The writing is top notch, all of the dinosaurs you love from the film (and more) are there in full-force, and it truly delivers that iconic Jurassic Park vibe that we all had when we saw the film for the first time in 1992.” After a bit of digging, Gamespot managed to discover that these user reviews were in fact provided by two members of staff at Telltale Games – one a user interface artist, another a cinematic artist – both of whom having worked on the game.

A Telltale Games representative responded to this discovery with the following statement: “Telltale Games do not censor or muzzle its employees in what they post on the internet. However, it is being communicated internally that anyone who posts in an industry forum will acknowledge that they are a Telltale employee. In this instance, two people who were proud of the game they worked on, posted positively on Metacritic under recognizable online forum and XBLA account names.”

Members of the gaming community have now jumped on this issue, and have begun to dish out their own less-than-perfect scores for the title. Metacritic user ‘lespaulio‘ summed up the mood with their review: “This game is an uninspired mess. As a Jurassic Park fan I’m very disappointed. Shame on the developers (Telltale) for putting out a product like this and for posting here on Metacritic to try to inflate their game’s score. ”

Far from bolstering the ratings for the game, this move seems to have backfired terribly, and at the time of writing Jurassic Park was sat on an average Metacritic user score of 2.8.