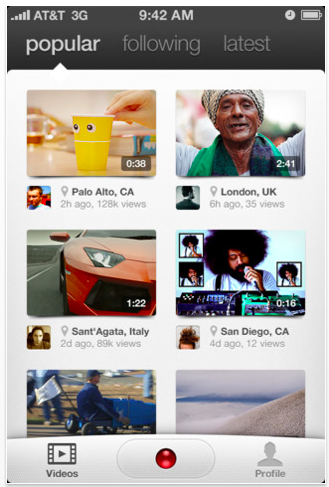 As people’s pockets fill with camera-enabled smartphones the rush is on to be the top dog in social video sharing. Palo Alto video startup Klip announced today that it has raised $8 million in a second round of funding,  just two months after launching and raising $2 million.

The money will help Klip solidify its position against competitors such as Socialcam, recently launched by Justin.tv, or tools such as Vimessa, which let users share video messages with friends.

Since launching in September, Klip has consistently ranked as the top social video sharing app in the iTunes App store. The company’s team includes former employees from Apple, YouTube, Yahoo and Google.

“From the start, it’s been amazing to see how people have embraced Klip and the product’s many social features,” said Klip chief executive officer and co-founder Alain Rossmann in a statement. “We look forward to building on the incredible momentum generated over the past two months and driving more innovations in the mobile video market in the years to come.” The company also said that the money will go to fuel future product innovation.

There are expected to be more than 1 billion smart phones on the market by 2016, according to a recent Gartner report from April, which means that if a winner emerges, there’s an enormous potential market.

Benchmark Capital led the funding round and was joined by previous investors including Matrix Partners and co-founder Rossmann.