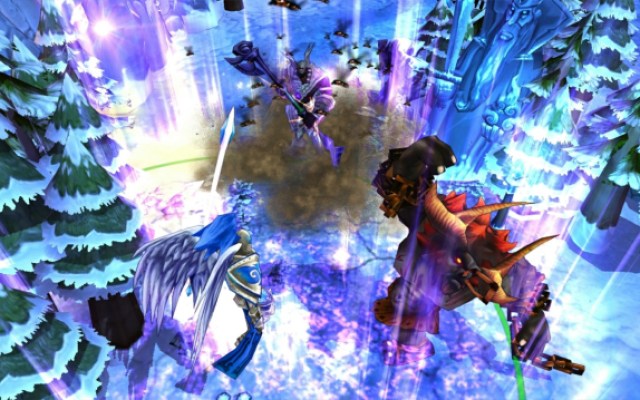 Riot Games announced today that their hit online game League of Legends has surpassed the 30 million registered-player mark along with 11.4 million monthly active users. They have reason to crow, as even the ubiquitous World of Warcraft only reports 10.3 million subscribers.

Perhaps more significantly, over a million games of League of Legends are played each day, many consisting of two to five players, reports the company. In addition, at peak times, the game sees more than 1.3 million concurrent players across North America and Europe. That’s a lot of gamers. League of Legends is a Multiplayer Online Battle Arena (MOBA) game, where you play against other online opponents in a combat arena. It’s a fast game, like the equivalent of a pick-up basketball game.

Recently acquired, Riot Games is surely adding value for their majority holders, China’s Tencent. When purchased back in February for nearly $400 million, Riot Games was reporting “only” 1 million active players. Today’s announcement is big news for them, their new majority owners, and for gamers who play the popular game online.

Riot Games first unveiled League of Legends in 2008. The inspiration for the game was the free “mod,” or user-generated modification, dubbed “Defense of the Ancients,” a popular version of “Warcraft III” that had an estimated 10 million players. That game had its limitations and so Riot Games decided to make a better, brand new game on its own.

“We are extremely proud and appreciative of the devoted League of Legends community which has grown substantially over the last year and a half,” says Brandon Beck, chief executive of Riot Games. “We’re committed to continuing to match their dedication with our relentless focus on ongoing enhancements to the player experience with great new features, content, and polish – and we have some very exciting surprises in store just around the corner.”