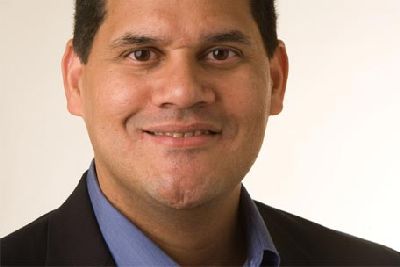 Nintendo of America chief executive Reggie Fils-Aime recently confirmed that the next 3DS update, which is likely to arrive next month, will finally allow for paid downloadable content (DLC), according to an article by Develop Online.

As it follows through on this promise, Nintendo will be one of the last major companies in the handheld space to move into digital distribution of paid content, competing head-to-head with Sony, Apple, and the Android Market in portable and mobile content.

In his statement to AOL games, Fils-Aime said, “In terms of what the next system update will allow, it will allow developers to sell add-on content, and whether that’s for a physical game or a digitally released game. It’s up to the developer whether they want to make it to buy new levels, new items – all of that is up to their imagination. Essentially, what we’re doing is creating the framework for those transactions to happen.”

Though Fils-Aime expressed doubts over claims that mobiles are dominating the handheld market in another article by Develop Online, it looks like Nintendo has chosen to be safe rather than sorry by finally hopping onto the paid DLC bandwagon. The 3DS itself needs some help and Nintendo’s profits need a boost.

The 3DS launched in March but Nintendo had to slash the price of the system from $249 to $169 in order to help flagging sales, as users didn’t really go wild about glasses-free stereoscopic 3D. This season, with hits like Super Mario 3D Land, Nintendo is finally getting some content out that may please 3DS owners. Nintendo warned this summer that it would face an unexpected loss because of the poor 3DS sales.

The research, which was conducted analyst group Flurry, stated that the iOS and the Android control 58 per cent of the portable gaming market – a conclusion derived by comparing the sales revenues between the two platforms with the PSP and Nintendo DS. As was previously reported by VentureBeat, this could possibly be attributed to the fact that packaged software is still one of the dominant means of delivery for Nintendo.