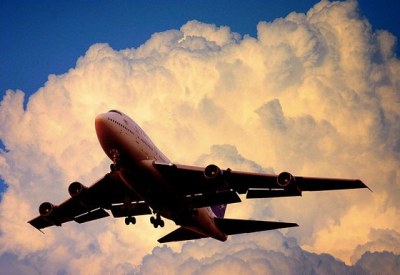 It’s a bird, it’s a plane, it’s … okay so it’s just a plane. But wouldn’t it be cool to know everything about that aircraft overhead, like its altitude and where it’s headed? Computational search engine Wolfram Alpha now has the answers.

Wolfram Alpha is the sophisticated search engine capable of computing answers to factual questions; it’s especially handy for math and science queries. The startup launched with a bang in 2009 but wasn’t the Google-killer that some had predicted. The company’s technology is once again in the spotlight, since Siri, the iPhone 4S virtual assistant, relies on Wolfram Alpha for some of her answers.

Now, by harnessing data from the Federal Aviation Administration, the engine can tell you all about the flights overhead, as long as you’re in the U.S.

Query Wolfram Alpha for “flights overhead” — or try the startup’s $4.99 Travel Assistant app for iOS — and it’ll spit out the airline, flight number, jet type, altitude, angle and slant distance of each aircraft visible near your geoIP location — and it works even more precisely on your mobile device. You can even click on an individual flight to get detailed facts about its journey, including flight schedule, status and the flight’s final destination.

Wolfram Alpha’s flight data isn’t limited to the here and now either. The engine can also compute answers to past and future (but only up to 24 hours ahead) flight queries, inform you about your own flights and even analyze large chunks of data.

“Have you ever taken a photograph through the window of a plane and then wondered later exactly what you were looking at? When you’re back on the ground, just check the timestamp of the photograph and plug it in along with your flight number, and Wolfram Alpha can tell you exactly where you were at that moment,” content manager C. Alan Joyce explained in a blog post on the new features. “Try a query like ‘departure delays for flights from NYC to Los Angeles on October 29’ and you’ll see that there were some pretty long delays that day.”

The flight-related functionalities may not qualify as rocket science, but there’s something quite magical about being able to spy on the goings-on of flights in the skies above.