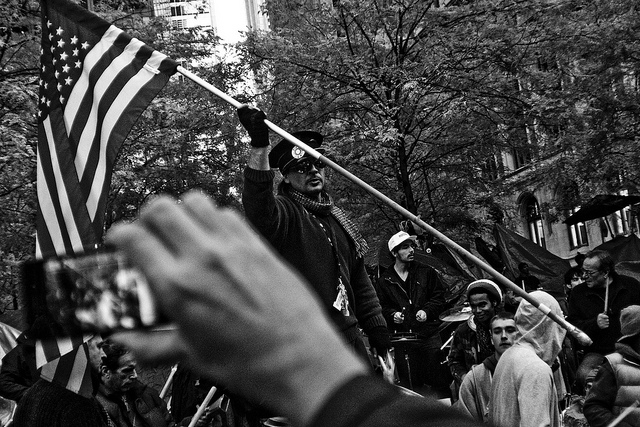 The smartphone has been at the center of the Occupy Wall Street movement, just as it has played a pivotal role in the Arab Spring. And while the cameras in phones have recorded some of the movement’s most searing images, a growing number of apps are helping protest participants communicate and coordinate with one another.

Occupy Wall Street encampments across the U.S. have been dismantled by police actions, and as cold weather sets in, the movement will have to change its tactics if it is to survive. The smartphone apps that have been helpful in facilitating communication will play a pivotal role as protesters regroup and update their strategies.

But while some app developers welcome the attention, a throng of new users isn’t always welcome for those who would rather not be associated with a political movement. Remaining unaligned can minimize the risk of alienating users, and help to avoid the scrutiny of authority figures.

We’ve looked at three smart phone apps Occupy Wall Street protesters have been using to organize, and how the developers are reacting to their popularity. 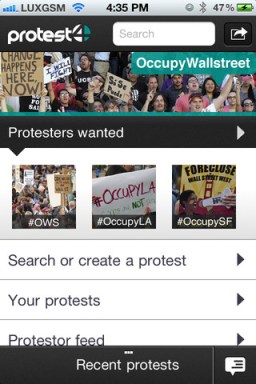 Protest4 is a location-based app that lets you search for protests in progress or start your own. The app is tied to your Facebook and Twitter accounts so that you can see where people in your network are when the action heats up, and it makes it easy for you to share information with your networks from the scene of an event. Like other apps being used by protesters, Protest4 doesn’t require much personal information about you, just a first name.

Protest4 recently welcomed its 50,000th member, and all the attention brought about an unwelcome distributed denial of service attack (DDoS), as co-founder and lead business developer Jim Kent told VentureBeat in an email.

Beyond the Occupy Wall Street movement in the U.S., Protest4 has been embraced by free speech movements and political demonstrations in Indonesia, Pakistan Egypt, and even Italy, where Prime Miniester Silvio Berlusconi recently resigned.

The team that built Protest4 has a business plan in place, even while Kent says that Protest4 will always be free to download and use. Protest4 was built on top of the back-end for the Zapon app, an open source messaging platform developed to connect fans of cricket, fashion or any related topic. The experience of developing Protest4 and seeing its growth shoot through the roof will be invaluable when customizing a Zapon-powered product for paid users. 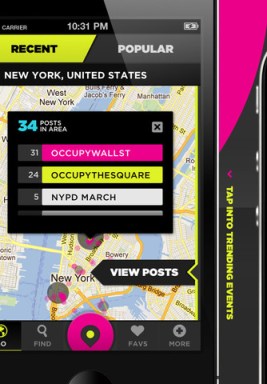 Go HD is a free messaging app for the iPhone that officially launched last week, and was created by Los Angeles design studio Hollr. With GO, people can upload and share anonymous location-based messages, photos and videos.

The GO app is wrapped up in a gorgeous package, with three simple options for sharing: “Snap, Shoot, Speak,” to capture photos, film a video, or post a tweet. A nifty map overlay lets users track anonymous sharing activity by location, or search by hash tag.

GO has scraped away much of the social aspects of content sharing so that the message is the focus, as opposed to the messenger.

“Regardless of status, we are equals in that we share the experience and are speaking to the world, versus followers,”  Justin Dionisio, the creative behind the Go app, told VentureBeat. Speed and functionality are emphasized over any narcissistic desire for recognition.

“Something is always happening,” the company writes on its website, and celebrations, rallies, riots and other events could also be good opportunities to use GO.

The company embraces the Occupy Wall Street,  as seen by the screen shots included on the iTunes App Store, but it will be an uphill struggle to see how the company broadens its appeal. 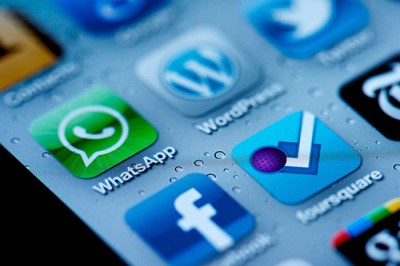 While Occupy Wall Street protesters may be rattling the nerves of bank executives and elected officials in Washington D.C., WhatsApp likely has telecom company’s knees knocking.

The 99 cent messaging app for iPhone and Android devices was recently called “the smartphone success story that’s never been told,” according to Tim Bradshaw of the Financial Times. The app allows users to send unlimited text messages, so they can avoid paying SMS texting fees. Bradshaw speculates that WhatsApp could do to SMS on mobile phones what Skype did to international calling.

Besides the fact that the app is almost laughably cheap to download, all messages are encrypted, so sensitive communication between two users cannot not be tied to individuals if it were to be intercepted by snoops.

The app recently exceeded 1 billion messages per day, which was no doubt buoyed by protest related activity. However, the extent to which any uprising could fuel such growth is debatable. The company parsed the 1 billion messages milestone in a blog post:

1 billion messages a day is a significant milestone and also a small step closer towards our goal: providing a great mobile messaging system for a global market, regardless of your handset.

WhatsApp has distanced itself from any association with the Occupy Wall Street movement, but that hasn’t stopped various media outlets from pointing out the obvious.

When contacted for this story, company representatives referred VentureBeat to the blog post mentioned above, but would not comment specifically.  WhatsApp is also available on Windows Phone, Blackberry and Symbian devices.

There are good reasons why mobile app developers might wish to align themselves with the Occupy Wall Street  protests, or inject a little distance. While GO HD and Protest4, as relatively new ventures, could use the exposure, WhatsApp is already sitting pretty with a large group of customers. The company raised $8 million from Sequoia in April, and the company and its investors clearly have their sites set on larger prizes than being popular among political agitators. And there are certain risks associated as well.

During the Tunisian uprising, Facebook discovered its servers had been hacked by an organization with ties to the Tunisian government, and user information had be compromised. Certainly in Tunisia, Egypt and elsewhere, Facebook and other social media platforms have been instrumental as organizing tools, just as they have been for protesters in the U.S. While Twitter and Google were very vocal in their support of pro-democracy movements in the Middle East, Facebook was seen as not wanting to jeopardize potential expansion into China, the world’s largest Internet market, but also one that is notoriously censored.

While teams behind the apps popular with protesters have expressed varying levels of support for the Occupy Wall Street movement, Protest4’s Kent says that distancing your product from a social movement can only do so much. Any social media tool is, in principle, usable by activists whose agendas you may or may not be comfortable with.

“To a certain extent, all social media products have that risk,” Kent said.