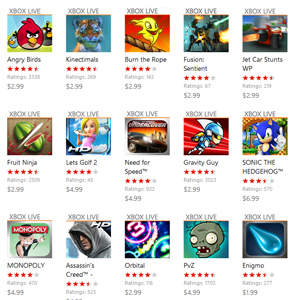 Microsoft’s Windows Phone 7 platform now features more than 40,000 apps and games in its Marketplace, according to All About Windows Phone.

While Microsoft’s fledgling smartphone operating system is way behind in adoption compared to iOS and Android, there are signs that Windows Phone is poised to pick up a lot of steam in 2012, and its phones will feature less-expensive hardware options, 4G LTE and NFC capabilities. Several research firms, including Gartner and IDC, have predicted the Windows Phone 7 platform will be the No. 2 overall smartphone platform in the world by 2015. One thing that will likely help its growth will be Nokia, which has bet the house on Windows Phone 7 and recently debuted its slick-looking Lumia 800 and 710 smartphones.

Back in August, the Windows Marketplace hit the 30,000-app mark and hit the 35,000 mark in October, an indication that developers are beginning to see the value in having a Windows Phone app on top of having one for iOS and Android. Microsoft has been paying the development costs for some high-profile companies to make Windows Phone 7 apps, as well as coaxing webOS developers to move to the Windows Phone platform since HP decided to stop manufacturing webOS devices.

Apple’s App Store has more than 500,000 apps while the Google Android Market has more than 300,000 apps. The 40,000 mark may not sound like much compared to those much larger numbers, but it’s more impressive when you consider the Windows Phone platform is only about a year old.

To get an even better idea of Windows Phone 7’s app growth, take a look at the graph below: 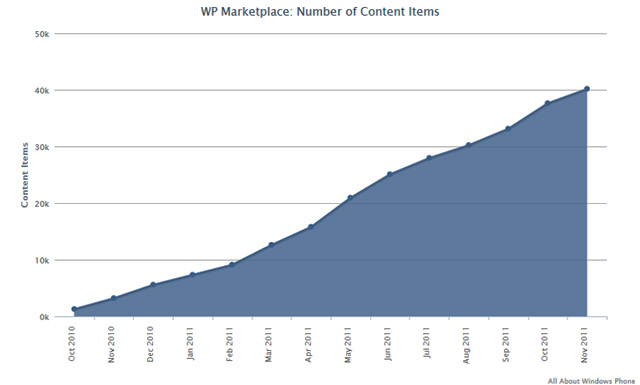