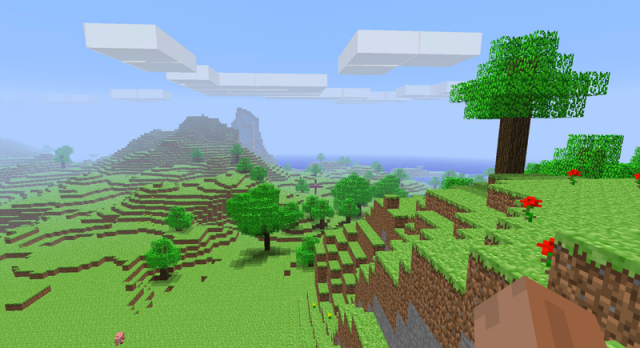 The indie video game sensation Minecraft is going from strength to strength, as demonstrated by figures unveiled at this weekend’s Minecon convention in Las Vegas.

Minecraft has been around since 2009, but only received a formal release last Friday, with the Minecraft 1.0 iteration. Despite this, the game has more than 16 million registered users and has already sold over 4 million copies. Following the release of Minecraft 1.0, Gamefront have reported that logins to the game jumped from 1,000 per second to 4,000 per second. That’s a remarkable uptake for an indie game, showing that the game industry isn’t just for giants only, particularly if you have an open-ended game that encourages users to be creative as Minecraft does.

Minecraft is currently attracting around 241,920,000 logins every single month, from players who have helped it generate an estimated $50 million in revenue since launch. Pretty impressive figures for a game that was initially created by one person, Markus Persson, and has been distributed without the support of a major digital distribution service such as Steam.

Minecraft has recently been pitched against big budget titles such as Battlefield 3 and Portal 2 in the Best PC Game category at this year’s Video Game Awards, a move that was met with surprise and delight by Persson, who tweeted: “Wait, we’re up against “Best PC Game” against BF3, Witcher 2 and Portal 2!? Whoaa!”

Both an Android and iOS version of Minecraft have recently been released, and Minecraft developer Jens Bergenstein  revealed last week that these will eventually allow Android and iOS owners to play the game together. With an Xbox 360 Arcade version of the game also slated for release soon, could 2012 be an even bigger year for Minecraft? I certainly wouldn’t bet against it.