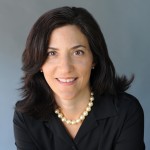 The Southeast Asian online game market is expected to generate revenues of $1 billion by 2015, a figure that is effectively double the $474 anticipated revenues in 2011, according to research group Niko Partners.

Free-to-play games, where users play for free and pay real money for virtual goods, were the most successful within the region, Lisa Comas Hanson,  managing partner of Niko Partners, said. Many of the games are played in internet cafes known as iCafes.

“Games that require payment are not successful, except among a small elite group of rich hardcore gamers,” she said. “There is a Korean game called Point Blank that has taken the region by storm. The most popular iCafe game, however, is Defense of the Ancients.”

While Southeast Asia audiences are interested in social gaming, most of the gamers are in their late teens or early 20s and they focuse on hardcore games. Founded in 2003, Niko Partners is based in Silicon Valley and Shanghai; it is known for a specialization in Chinese and Southeast Asian markets.

Originally founded by five people, VNG now boasts of 1, 500 employees with offices in Ho Chi Minh City and Hanoi as well as a projected 2011 revenue of $90 million. VNG is responsible for the operation of Zing, a web portal that sees more than 15 million monthly unique visitors.

Under the agreement, VNG Corporation is slated to develop social games for exclusive distribution on Mobage. This will consist of the release of at least three social games for smartphones in 2012.