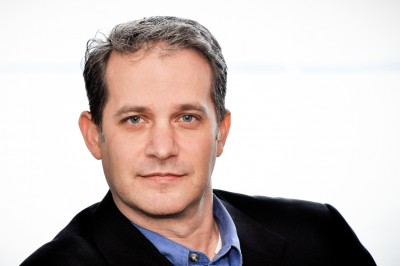 Customers will be asked to pay $6.99 per month in order to access dozens of games, such as Mahjong Towers and Mystery Case Files, through the Big Fish app, which will initially require Wi-Fi access to operate. If it works, it could be a new source of ongoing revenue on a platform where it hasn’t been easy to make money in the past.

Traditionally the iPad subscription service, which was introduced in February this year, has been used more for magazines and newspapers. This is the first time that Apple has approved such an “all you can eat” service for games. Paul Thelen (pictured), founder of Big Fish Games, revealed that gaining approval for the service did not come easily: “It took longer than usual to be approved. They needed to be convinced there’s a reason to charge customers every month.”

At launch, the service will be available for $4.99 per month, which will increase to $6.99 early next year, when more titles have been added. There will also be a free version of the service, which will limit playing time to 30 minutes per day, and will be supported by advertising. The service competes in a way with iSwifter, which is charging a flat fee of $4.99 for access to its app that allows users to play Adobe Flash-based games on an iPad. iSwifter tried a subscription fee, but found users weren’t quite ready for it.

The iPad service may just be the start of the Big Fish subscription initiative, as the company has designed its application so that it can be easily modified to work on Android tablets and smartphones, as well as internet connected televisions. According to Thelen, an Android version of the app should be ready by the first quarter of 2012.

Big Fish Games was founded in 2002 and is now one of the leading developers and publishers of casual games. The company distributes more than two million games per day worldwide, and last year generated $140 million in sales revenue. Thelen revealed that most of its sales are from downloads to a PC or mobile device, with about 75 percent of customers being women over the age of 30.

The company is currently in a position to pursue a public offering, according to Thelen: “We’re at scale, have great momentum and remain in a position to pursue a public offering or any number of alternatives if the markets allow”. It will be interesting to see whether this subscription service will prove to be successful, and helps the company to meet that goal. If it does prove to be a hit, then other publishers in the mobile gaming market will no doubt start looking to develop similar models of their own.