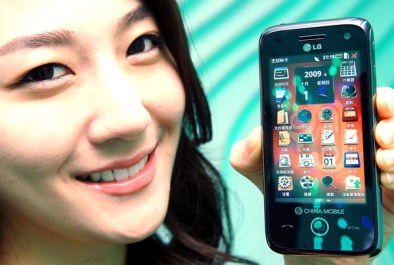 It was bound to happen eventually. Smartphone sales in China for the third quarter of 2011 surpassed U.S. sales, making China the largest smartphone market by volume, reports Strategy Analytics.

The firm’s research found that smartphone shipments reached 23.9 million units in China during Q3, while the U.S. had 23.3 million units shipped.

Even more telling is how those sales compared to the past quarter: China grew 58 percent, while the U.S. fell 7 percent. Strategy Analytics notes that U.S. shipments were atypical for the quarter, since many consumers were waiting for the iPhone 4S, so the U.S. could still bounce back to the lead in coming quarters. But given China’s population of 1.3 billion, I suspect that it will soon be able to leap ahead of the U.S. in smartphone sales organically.

“China’s rapid growth has been driven by an increasing availability of smartphones in retail channels, aggressive subsidizing by operators of high-end models like the Apple iPhone, and an emerging wave of low-cost Android models from local Chinese brands such as ZTE,” said Strategy Analytics director Tom Kang in a statement today.

The firm says that Nokia leads China’s smartphone market with a share of 28 percent. HTC, on the other hand, leads the US market with 24 percent.