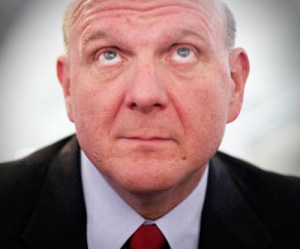 Microsoft has signed a nondisclosure agreement with Yahoo so it can take a closer look at its books, a signal the software giant might be getting serious about acquiring Yahoo.

We heard back in early October that Microsoft was eyeing Yahoo for a possible acquisition. At that time, signals were clearly mixed about the possible deal. On one hand, Yahoo would give Microsoft a highly trafficked web portal that would help it compete with content powerhouse AOL. But on the other, Microsoft investors were lukewarm on the potential of buying a property that has little growth potential.

The nondisclosure agreement with Yahoo, which was first reported by the New York Times, allows Microsoft to join private equity firms Silver Lake, TPG Capital and others to look closely at Yahoo’s financials. The report indicates Microsoft may be interested in Yahoo because it wants to preserve existing deals and potentially integrate Yahoo with Skype, the latest major Microsoft acquisition.

Microsoft already has a 10-year deal that allows its Bing strong search engine to power Yahoo’s search and to display Microsoft’s ads alongside Yahoo’s search. As part of the deal, Yahoo gets an 88 percent cut from advertising revenue, but that’s still a nice bonus for Microsoft because it gets added exposure for Bing and its ads.

Back in 2008, Microsoft famously failed to purchase Yahoo for a reported $44.6 billion. But times have changed and Yahoo’s position in the market looks a lot shakier than it did then. Yahoo recently fired CEO Carol Bartz and its latest quarterly report showed its revenues were down 24 percent from the year-before quarter.

AOL also might be looking to merge with or acquire Yahoo. AOL CEO Tim Armstrong has reportedly been pitching top AOL shareholders to see whether a merger could work because it would allow each company to equal between $1 billion and $1.5 billion in cost savings.